Barney, the hand reared Bennett’s wallaby, has gulped down his last bottle of milk as he’s now fully weaned and successfully integrated back into the troop. 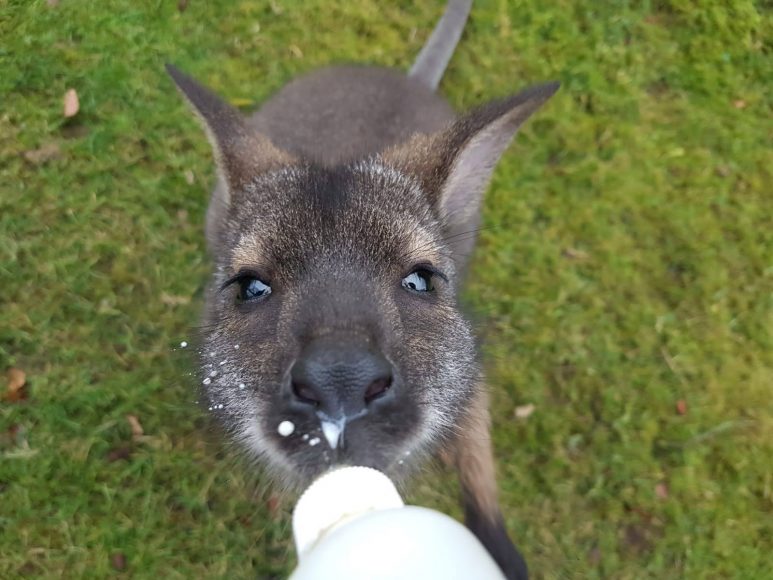 And it’s a job well done for Senior Keeper Laura Robbins, who stepped in to be his surrogate mum last year after his mum unexpectedly passed away while he was still a tiny joey in her pouch.

Laura said: “Barney has been back in the paddock since the end of November, after living with me at home for four months so I could provide round-the-clock care for him, but he was still having one bottle of milk each morning once he’d returned on site.

“But, over the last few weeks he began showing little interest in his bottle and in fact stopped showing an interest in human interaction too, including me, which was my cue to step away.

“He’s now fully weaned, eating the normal diet our other wallabies get which includes pellets, fruit, vegetables, hay and grass and you wouldn’t even guess he was hand reared.

“It’s the best outcome we could ask for, he’s just like the others, so that’s my job done!”