It was far from a snap decision when DZG Assistant Curator Jay Haywood picked the winners in a college photography competition. 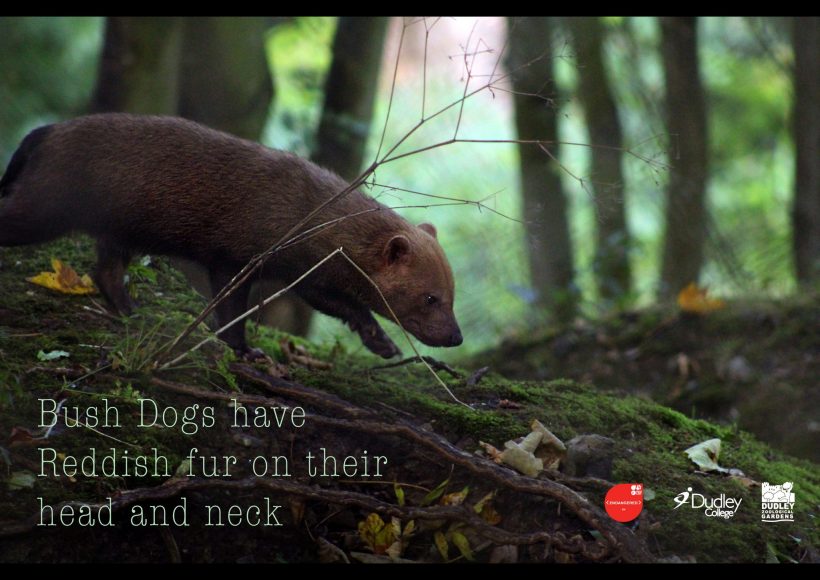 Judge Jay had the difficult task of choosing two winners and two-runners up from more than 100 entries submitted by 25 Dudley College of Technology students in the competition to create a striking conservation poster featuring our animals.

And our Curator, Richard Brown, will present the four selected students on the Extended Diploma in Photography and Graphic Design course with certificates and complimentary zoo passes at an awards event this evening.

The partnership between the zoo and the neighbouring college is now in its sixth year and involves students coming on site throughout September to capture images and information for their posters.

The winner in the photography category was 16-year-old Cameron Whiteside, who produced an outstanding shot of one of our bush dogs, and Cole Misters, aged 18, took the top spot in the graphic design class for his Carpathian lynx poster.

Photography runner-up Russell Pinches, aged 17, focused on our Sumatran tigress Daseep and 19-year-old Adrian Wrobel was named runner-up in the graphic design category for an informative poster about black and white ruffed lemurs.

Jay said: “The posters were all of a high standard but these four stood out. In particular, the bush dog photo impressed us as it was stunning snap of an animal that is rarely photographed by our visitors.”

Head of Photography at Dudley College of Technology, Phil Brooks, said: “We had a strong set of entries this year and the students were clearly very motivated by the conservation project.

“The competition has strengthened the partnership between the zoo and the college and we hope our students’ work helps raise awareness of endangered species and contributes to the zoo’s admirable conservation programme.”

Well done to all students!