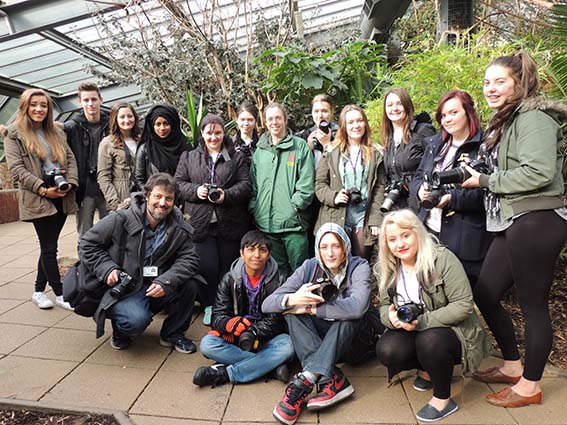 The first year photography group took part in a Close Encounter in Monkey Tails, to capture the walkthrough exhibit’s residents as they emerged for the day. 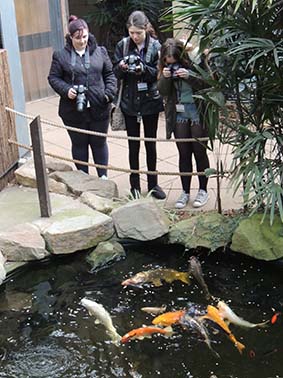 Press Officer, Rachel Hickman, said: “The students were really put to the test with their camera skills as they had to capture some very excitable monkeys running all around the rope course looking for their breakfast.”   The students, who are based opposite the zoo at the college’s Dudley Evolve building, are currently working on a series of posters to illustrate DZG’s conservation work.   The group also photographed meerkats, koi carp and a white-throated monitor lizard during their encounter, which took place before the zoo opened to the public.   Photography lecturer, Phil Brooks, said: “It was a great opportunity for the students to get some really close shots of the zoo’s small primates.   “As the experience was first thing in the morning, the light was fantastic and the bright and colourful plants in Monkey Tails provided some lovely backdrops, and should make for brilliant photographs.”