Two-year-old Sprout turned into a right little monkey when primate keepers tried to count her teeth as part of an international research project. 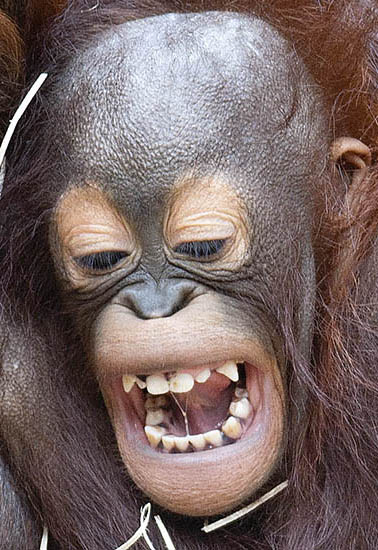 Unlike dad Jorong, who willingly opens his mouth on command, Sprout wasn’t too keen and had to bribed with her favourite grape treats.

Pat added: “It was a real team effort to count Sprout’s teeth; it took four keepers each counting a different section of her mouth at the same time, as well as taking a lot of grapes to coax her.”

Sprout has 22 teeth in total  ten at the top and 12 at the bottom, so has quite a few more to come through until she has the full set of 32  which is the same number as humans.

Pat added: “As soon as we finished counting she came up to us with her mouth open as wide as she could get it  she really can be a cheeky little monkey at times.”