DZG has been busy raising awareness of the threatened animal species of Southeast Asia over the last few weeks.

To highlight EAZA’s (European Association of Zoos and Aquaria) Southeast Asia Campaign, DZG’s presenters gave a series of additional talks about Bornean orang utans plus a talk and feed at the Lar Gibbon enclosure.

Presenter Caroline Howard, said: “When we began thinking about what to do for the campaign we realised a surprising number of the daily talks we already do feature animals from Southeast Asia, including Sulawesi crested macaques, Asiatic black bear, Sumatran tiger and Asiatic short-clawed otters.

“We also already have a number of smaller Southeast Asian invertebrates in the Discovery Centre for visitors to learn about. 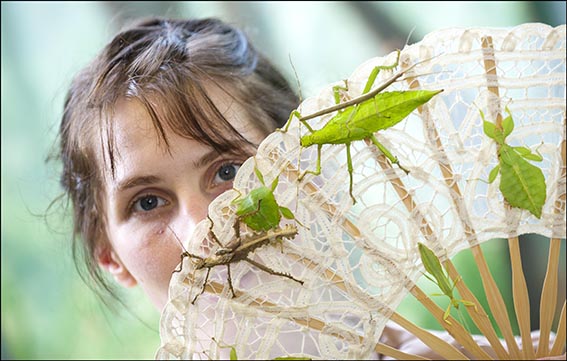 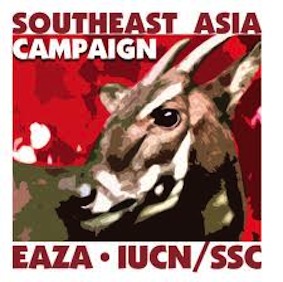 As part of the campaign, younger visitors were also able to learn more about the endangered animals with specific Southeast Asia colouring sheets, while a display in the Discovery Centre and a Southeast Asia trail around the zoo site highlighted further threatened species.

Caroline, pictured above with some of the Discovery Centre’s Southeast Asian creatures, added: “Hopefully, we helped raise awareness of certain species and got visitors thinking about ways they can help.”

Previous: Sheila’s perfect present!
Next: Keep a tiger in your pocket