Senior Curator Derek Grove boosted his knowledge of wildlife on Madagascar during a two-day EAZA (European Association of Zoos and Aquaria) conference. 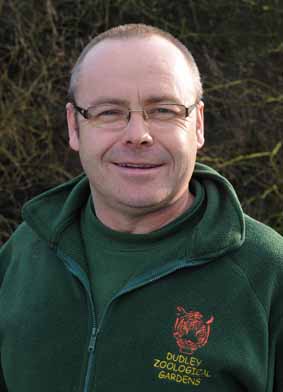 A stalwart of the Prosimian Taxon Advisory Group (TAG) Derek  pictured right  met 30 delegates from across Europe and Madagascar at the Bristol Zoo event.   He said: “Delegates identified 10 official sites within the Indian Ocean island, along with animals living in exhibits at up to 20 hotels, and highlighted that there are many individuals who have their own captive collections.          “The possibility of TAG assisting with raising funds to train local vets to microchip all captive animals would be a large step forward.”

In the past decade DZG has supported the conservation of lemurs by donating more than £8,000 to the Madagascar Fauna Group (MFG), an international consortium of zoos and related institutions working together to conserve Madagascar’s lemurs and other spectacular wildlife. 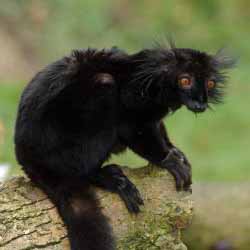