It’s the anniversary of the death of Dudley Castle’s most seen ghost, the Grey Lady – so keep an ear out for spooky sounds! 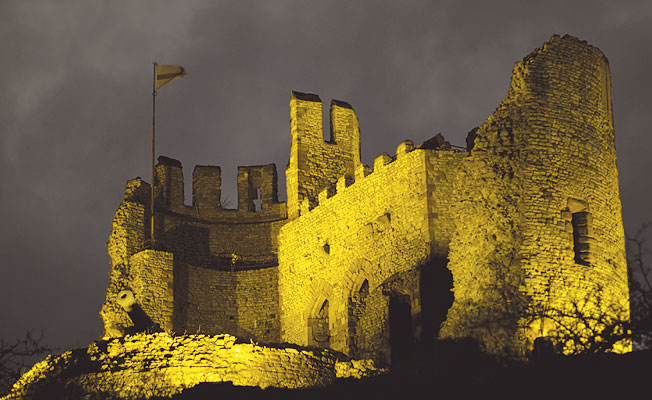 Our Castle expert Amy Hickman says historically April 26 is the day people claim to have heard footsteps and a drum beat coming from the steps near DZG’s snowy owl enclosure.

The eerie noises are believed to be made by the ghost of a Parliamentarian drummer who was carrying a reply to the Castle following a Royalist request for a ceasefire. The Royalists had wanted a stand-off so the body of Dorothy Beaumont could be taken to the town for burial. However the reply never got through, as the drummer was shot dead by the opposition.

The Grey Lady is believed to be the spirit of Dorothy Beaumont, the wife of the Royalist second in command John Beaumont who was stationed at the Castle during the English Civil War. Dorothy died on April 26, 1646 – exactly 372 years ago today.

Her spirit is thought to roam the 11th century Castle grounds in search of her lost daughter, whose gravestone is pictured. 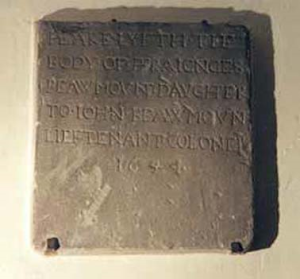 Just seven months before her death Dorothy had a daughter named Frances, who tragically died after the birth.

Amy said: “The drummer is said to haunt the path near our snowy owls. People have reported seeing a young man in Civil War dress making his way up the track and drumming noises have been heard in that area too. 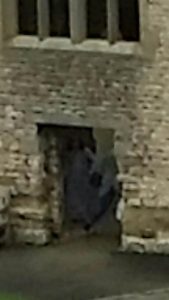 “Dorothy is our most seen ghost and it is thought that the loss of her daughter has brought her back to the Castle to carry on searching for her. It is also thought a sighting of the Grey Lady is more likely when we have lots of children on site.”

Almost four years ago a ‘ghost’ photograph taken by DZG visitors Dean and Amy Harper sparked a global media frenzy with the story hitting headlines around the world.

They captured a grey lady ‘ghost’ in a shot of Dudley Castle on a mobile phone which made print, radio, online and TV headlines across the UK and overseas including New York, China, India, Italy and Australia.

Many ghost hunters regard Dudley Castle as one of the most haunted in the UK.