Spiders may be one of the most feared animal species in the world, but for DZG’s Weekend Keeper, Sarah Redding, they’re a life’s passion! 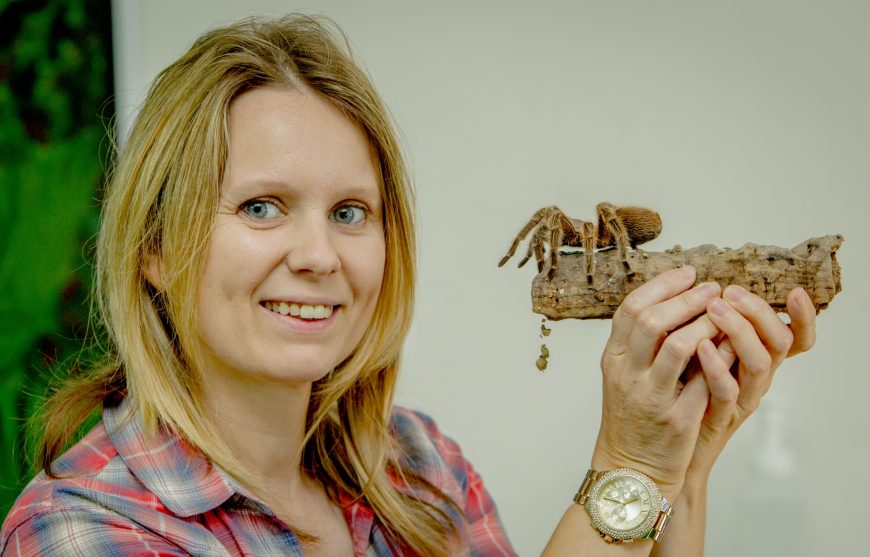 Currently the 40 year-old owns 23 tarantulas which she keeps in tanks in her bedroom, including the world’s largest – the Goliath birdeater, called Bridget, who’s the size of a dinner plate!

Sarah said: “Nothing comes between me and my spiders; I just love them.

“They’re all so different and I can’t understand why people are frightened of them as they’re beautiful.”

The keeper, who works in Lorikeet Lookout, first began her arachnid obsession two decades ago.

She added: “I got to my late twenties and couldn’t stop thinking about spiders and wanting a tarantula.

“The feeling never went away, so I decide to give in and get one and I spent £25 on Bella, a Chilean rose tarantula. I thought that would pacify things, but it didn’t and after learning how to care for her and handle her, I only wanted more and more.” 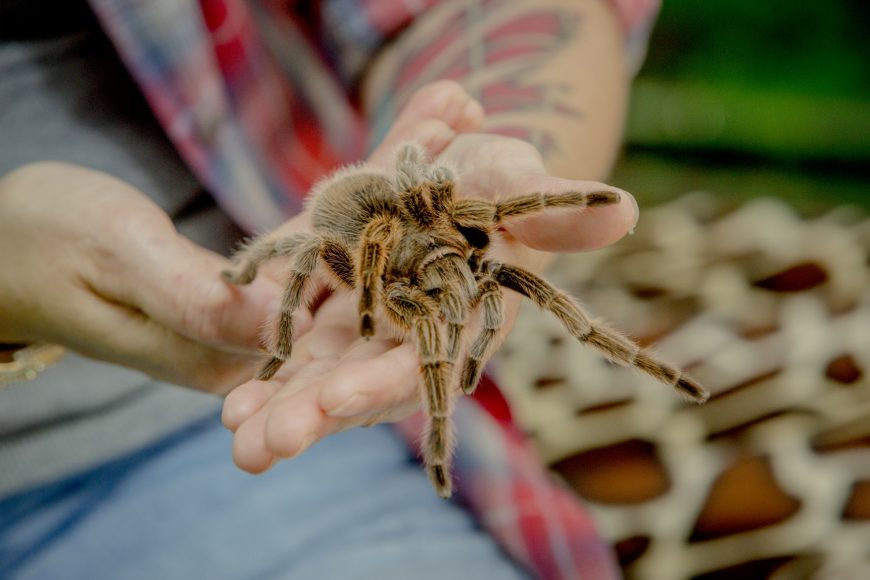 Sarah now has a variety of spiders including the more aggressive and non handleable tarantula species, such as an orange baboon spider – which she named Orange Nightmare and her bad tempered colbalt blue spider, named Blue.

And each year the level three animal management student saves up for the annual British Tarantula Society exhibition and this time came home with seven more spiders, instead of the the three she went for!

Sarah, who’s studying at Rodbaston College, said: “All my family are terrified of spiders, so I don’t know why I’m not.

“My mum always tells me that when I was a baby I became fixated on a spider who was scuttling around the room and when I was little I can remember being so excited at discovering spiders in the garden, so it must have been something I’ve had since I was young.”

She’s even got permanent tributes to her obsession, with three spider-themed tattoos including a spiderman suit on her forearm.

Sarah added: “I do get a lot of comments about that tattoo in particular but it’s a great way for me to talk about spiders and explain all about them and hopefully change opinions about them in the process.”

Meet some of Sarah’s spiders…