A male African spurred tortoise has been donated to DZG  and he’s a fast mover! 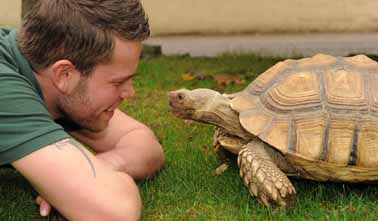 Assistant Curator, Richard Brown, said: “He’s been following staff around, and he can really motor, he’s 60 cms long and could pretty much double his size as he matures.”

The tortoise, who has been named Timmy, is set to join fellow tortoises in the site’s six-strong group, who are of a similar age.

The species originates in the African deserts and are endangered due to a demand for ornaments and fashion accessories made from their shells. 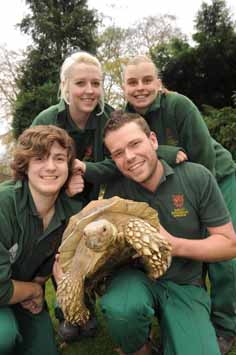