A chance discussion with a zoo visitor led to a surprise delivery for DZG Apprentice, Ellis Robinson. 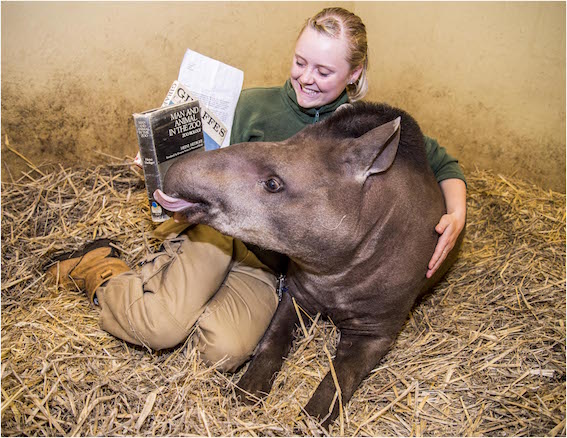 It was last year while Ellis was sweeping out the Barbary sheep enclosure that she got chatting to Edward Davey, who was visiting the zoo from Suffolk.

Ellis, who is undertaking her animal care qualification through training provider KEITS, discovered Edward was a retired zoo keeper himself, who had spent spells working at Colchester Zoo and the former Aquatels Zoo in Basildon.

Six months later she received an unexpected package which, accompanied by a handwritten letter, comprised a variety of animal books for Ellis, including hardbacks about lions, chimps and giraffes, as well as Man and Animal in the Zoo, which according to Edward is a must read for all zookeepers!

Ellis, aged 19, said: “I was really touched to receive the books. “They’re really interesting and will definitely help me with my studies.

“So a huge thank you for Edward for thinking of me.”