There were head rubs galore when snow leopards, Margaash and Taïga, were united for the first time this week. 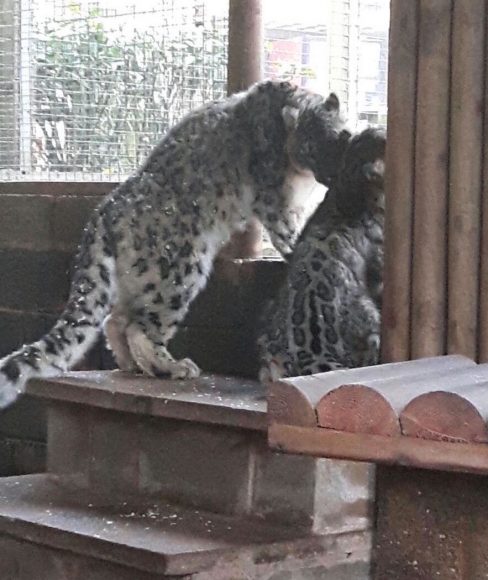 The introductory process has been slowly monitored by DZG curators and big cat keepers over the last few weeks.

But staff couldn’t be happier with this week’s development.

Big cat keeper, Sarah Evans, said: “It went brilliantly. We let Taïga into the outdoor paddock first before letting out Margaash, but as soon as he appeared she went to greet him.

“They were rubbing heads, noses and chuffing to each other.

“They then started to play with each other and later in the day we even spotted them snuggled down on the same platform, so we couldn’t have asked for anything better.

The pair have been kept separate since Taïga’s arrival in October, although they could see each other and and for the last few weeks’ keepers have been rotating outdoor access so they both got to enjoy the outside space.