We’ve introduced a new breeding pair of snakes in the Reptile House following the arrival of a female to DZG. 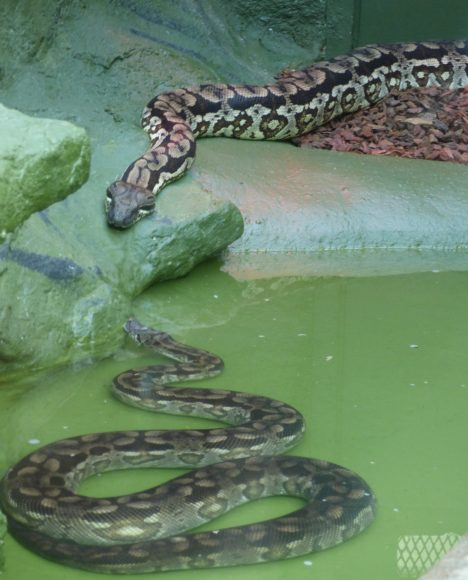 Keepers have relocated the male Dumeril’s ground boa from the Discovery Centre into the reptile exhibit and paired him with a new female from Rodbaston College in Staffordshire.

Senior Keeper, Sam Grove, said: “The female is very large, so visitors will be able to spot the difference between the two very easily.

“They’ve gone into a newly renovated enclosure and we’re hoping we’ll welcome some baby boas in the near future.”