Flooding in Dudley Castle’s courtyard  one of the Black Country’s highest points – should be a thing of the past after contractors carried out resurfacing work. 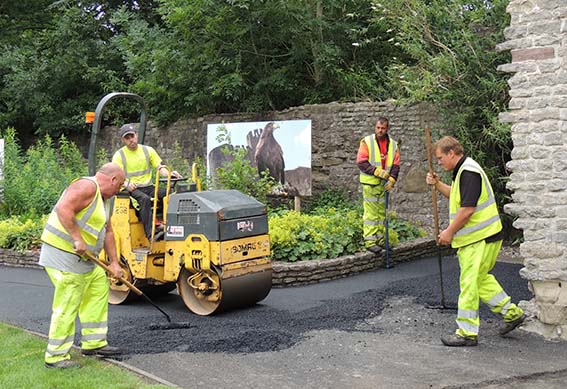 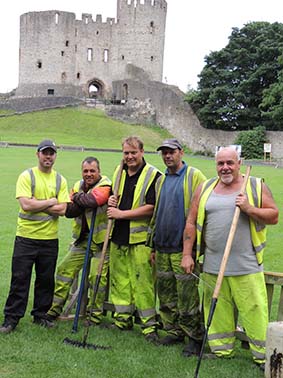 DZG’s gardeners called in contractors, pictured above and right, to raise and resurface a section of the 11th century courtyard path with 40 tonnes of Tarmac.

The new raised smooth surface will allow rain to drain away naturally and prevent flooding in extreme downpours.

Gardener Anthony Gwilt said: “In the past, torrential rain has cut off a section of the courtyard creating a small lake.

“Earlier this month, after Dudley Council carried out a site survey, we called in contractors who completed the work near the sealion pools in a week.

“The workers had to load the Tarmac on to a small digger to get through the narrow archway to the courtyard but they managed it and we are very pleased with the results.”

BELOW: The scene in November 2012 when part of the courtyard remained under water for most of the day despite being 730ft above sea level. 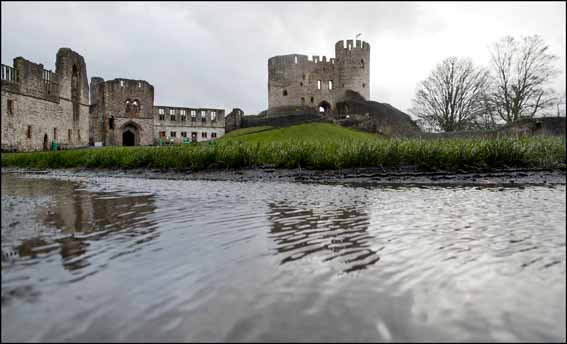