Our female Carpathian lynx smells as fresh as a daisy after rolling around in perfume. 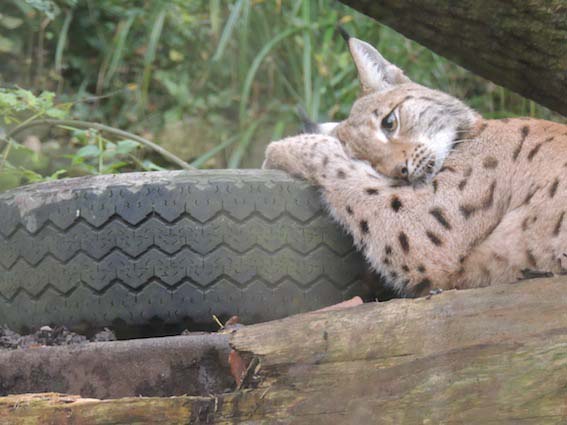 When big cat keepers discovered some old DZG van tyres were going spare, they put them to a new use as a smelly enrichment activity in the lynx enclosure after dousing the inside with perfume.

And Daisy couldn’t resist the floral fragrance and was soon spotted rolling around the tyre, trying to cover herself with the scent. 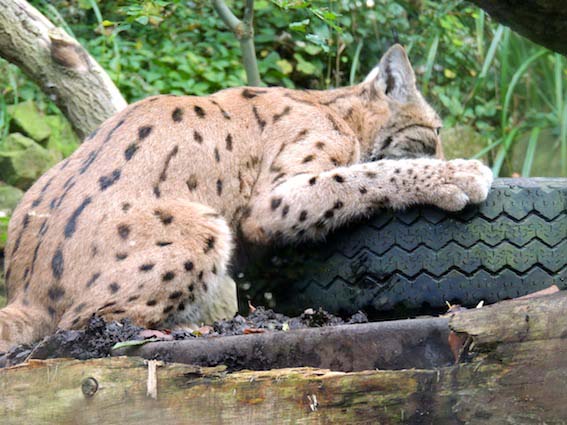 Senior Keeper, Adam Walker, said: “We regularly use different smells with our big cats, which they sniff out and track around their enclosure.

“Perfume is a particular favourite enrichment activity for Daisy and she always goes wild for the scent, unlike Dave, who doesn’t want to smell like a girl, so won’t come near!” 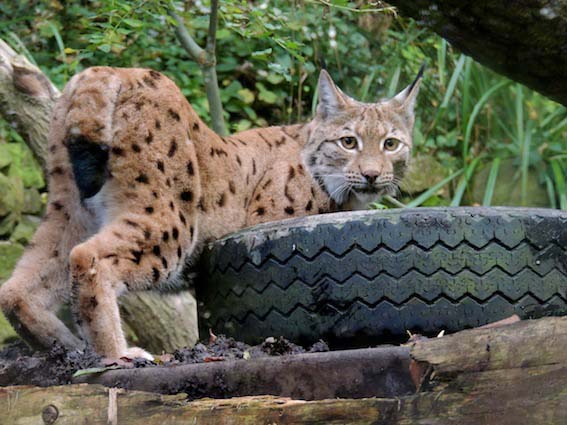