When a fresh-faced 24-year-old Simon Beattie first arrived as DZC’s Accounts Assistant in 1992, he never imagined he’d still be here, in a job he loves, 30 years later! 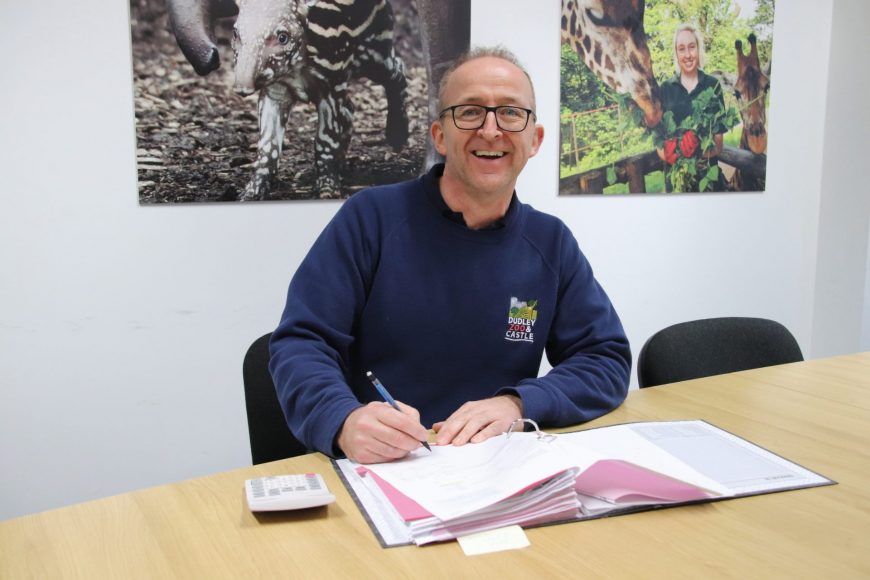 In honour of his long service, Simon was presented with retail vouchers and thanked for his valued contribution to the continuing success of the charity.

There’s not many like Simon and colleagues have countless stories about his three decades here, including the time he answered the phone “Hello Dudley Zoo, can you help me?!” or when he tried to adopt out a llama – a species we didn’t actually have at the zoo!

But everyone would agree the zoo wouldn’t be the same without him!

Zoo Director Derek Grove said: “Simon will explain an issue at 400 miles an hour, but his desire to get things right has not diminished and I can’t think of a person in the last 30 years that has had a bad word to say about him. He’s one of our most loyal and hardworking employees, who will always do his utmost for the Zoo.”

Since 1992, Simon has seen a number of accounting changes, including the introduction of credit cards, as everything was cash-based. Now, as Accounts Supervisor, he oversees the zoo’s Payroll and VAT.

Simon said: “I couldn’t wish to work at a better place with a better bunch of people. DZC is a dream to work at and I can’t quite believe it’s been 30 years, as it certainly doesn’t feel like it.”