Our conservation efforts with Sumatran tigers have brought us a Silver Certificate in recognition of our £2,300 donation to 21st Century Tiger  bringing our overall total to £3,745. 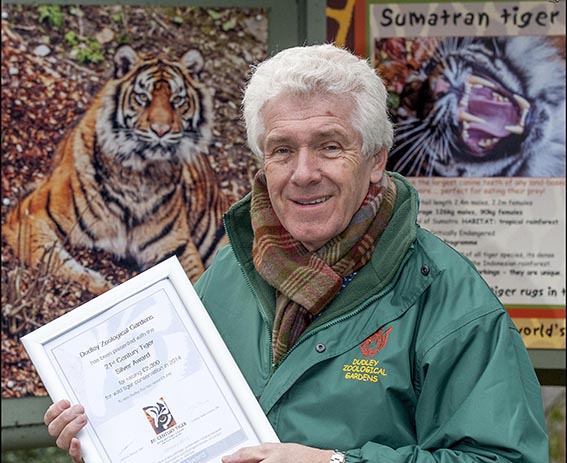 Manager Esther Conway, said:?”DZG have been doing such an amazing job raising awareness and funds for wild tiger conservation that I’d like to say a huge thank you to the whole team for their considerable efforts.”   DZG CEO Peter Suddock said: “The money was raised from our Onesie Walk which saw crowds of DZG supporters tackling a course around the zoo site tiger campaign is hugely important; there are so few Sumatran tigers in the wild it is vital we act now to secure a firm future for these magnificent creatures.”   Our Onesie Walk contribution was later  boosted by £324 from our Global Tiger Day events  helped by The Face of GTD, our very own Sumatran tigress, Daseep.   DZG is also part of a conservation team that made it possible for 21st Century Tiger to send a first transfer of £25,000 to Tiger Protection Units in Kerinci Seblat National Park, in Sumatra, in 2014.