Keepers have introduced a new mixed exhibit in the Reptile House as our three red-tailed green rat snakes are now living alongside two Borneo blood pythons in a newly renovated enclosure. 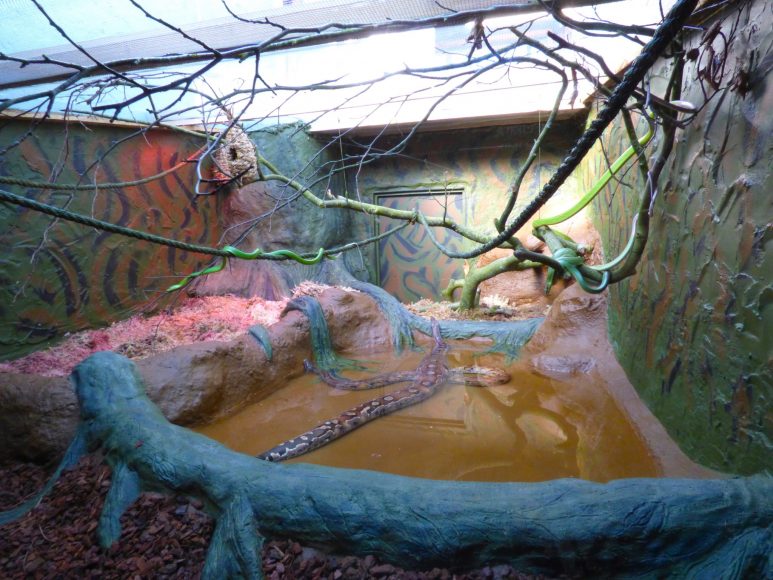 “They’re also a great species to put together as red-tailed green rat snakes are primarily arboreal, so stay high on the branches of the enclosure, while the blood pythons remain on the ground and spend much of their time in water.”

Keepers got crafty in renovating the enclosure for the new residents by making a concrete tree trunk, complete with sprawling roots, which also features a woven hide for the rat snakes.

Assistant Curator Jay Hayward, who worked on the project, said: “We began by building a mesh wire frame for the tree before adding layers of concrete to get the desired trunk look and finished it off with paint.

“We then made concrete tree roots, draping into the pool, which gave the enclosure a new look.

“It was our first attempt at something like this, but we’re really pleased with how it’s turned out and we’re hoping to recreate similar looks in other enclosures.”