Keepers tossed aside the traditional Shrove Tuesday pancake recipe when serving up the savoury treats for our red pandas this morning. 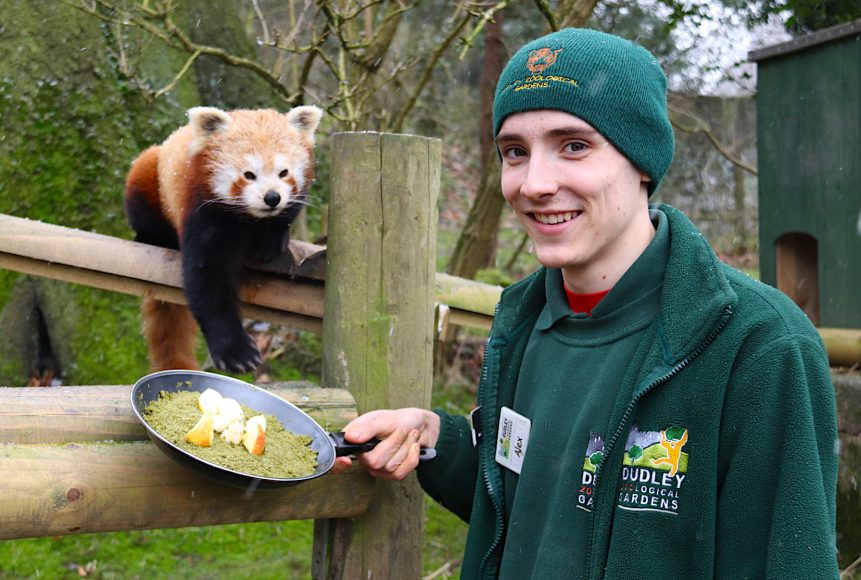 Instead of using the customary eggs, flour and milk recipe, keepers opted for panda cake flavoured crepes instead for 12 year-old Yasmin and two year-old Gawa, topped with their favourite fruity treats. 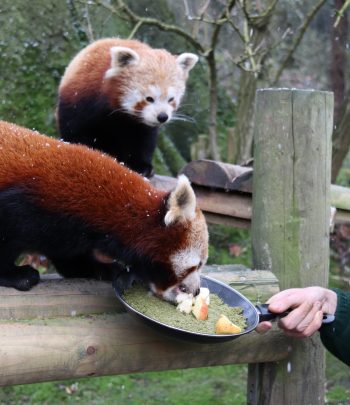 Panda cake, which the pair get fed twice a day as part of their daily diet, is made up of a special nutritious mix of crushed insects and leaves, which today they nibbled direct from the pancake pan!

Assistant Curator Jay Haywood said: “Red pandas are typically a shy species and spend much of the day high in the enclosure’s trees.

“But as soon as they spotted the pancake they both came straight down and wasted no time in clearing the pan.

Red pandas are an endangered species, which has faced a 50 per cent population decline in less than two decades.

We’ve pledged a five-year commitment to conservation group, Red Panda Network, to support the species by sponsoring a Forest Guardian in the Red Panda Protected Forest of Eastern Nepal.

Our funding will allow a local Nepali citizen to train as a professional steward to help protect the red panda habitat.