New publicity for South Western Railway follows a family’s adventure on the train line, as they pick up friends along the way – including Queen Elizabeth I, a mummy, an astronaut and a sea lion. 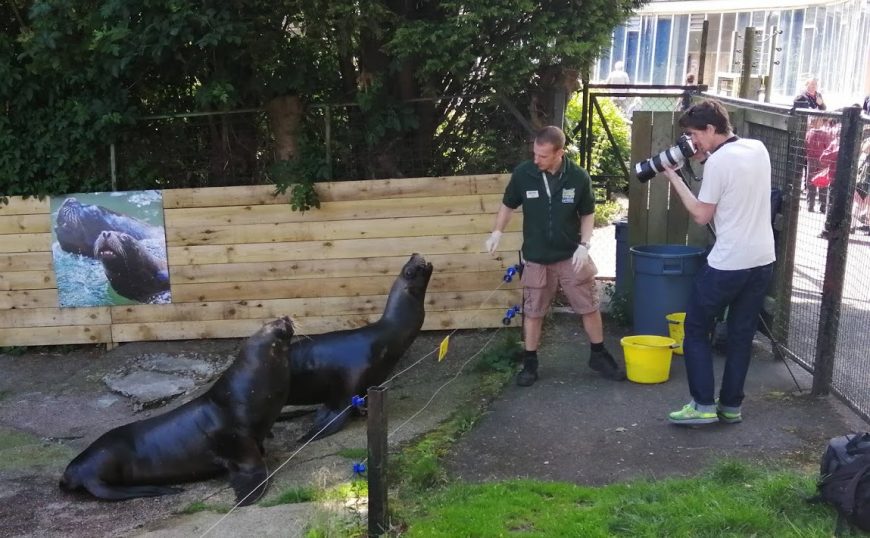 Back in July we welcomed on site London-based Electric Theatre Collective, who provided the advert’s visual effects, to photograph our female trio for reference shots in order to produce the CGI mammal. 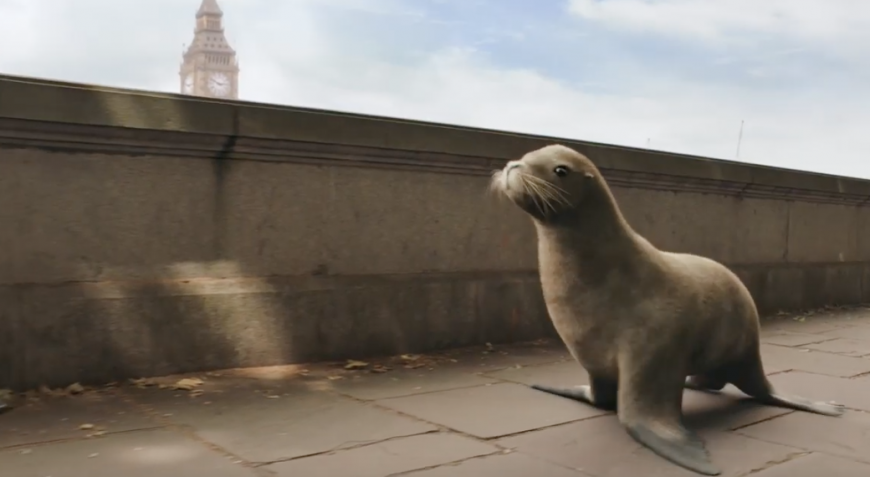 And we’re sure you’ll agree it looks fab!

We’re also saying a big thank you to the company who sent us a generous donation for our help, which keepers are spending on enrichment items for our girls and male, Oba.

Previous: We heart Reggie!
Next: Going batty for award!