Our vintage chairlift has passed its first post-relaunch health and safety inspection with flying colours  and who better to test the festive flight machine than Father Christmas! 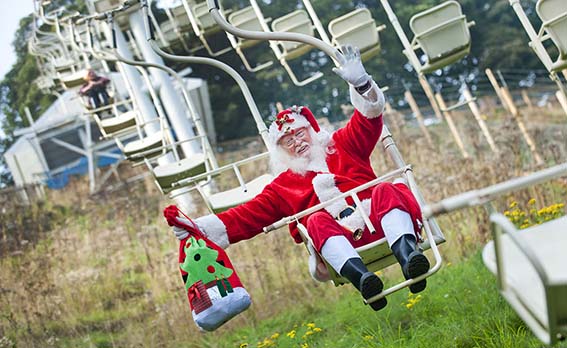 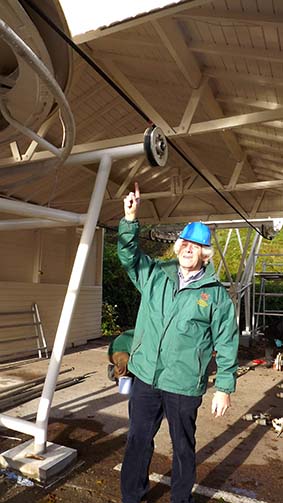 Since reopening last summer, following a £117,000 Heritage Lottery funded refurbishment and a ten-year absence, the passenger-carrying aerial ropeway ride has been a popular addition to the zoo site.

DZG CEO Peter Suddock – pictured right with the craft – said: “This was the first annual service of the chairlift since it was rebuilt and with 80 per cent of all height-compatible visitors using the ride during their visit to DZG, it certainly gets well used.

“The service involved all 41 chairs being removed by the zoo’s maintenance staff and inspected by independent assessors to ensure they are all in a good working condition to run for another 12 months.

“We also had to check the rope, motors and mechanics and we are delighted it is all in great shape.”

The chairlift, which originally launched in 1958, carries visitors from the zoo’s entrance to the 11th century Dudley Castle, travelling directly over the site’s £20,000 Baboons on the Bank exhibit.

Mr Suddock added: “We have had lots of comments from visitors since the relaunch; from a whole new generation of fans and others who tell us it has brought back lots of memories for them of when they used it as children.

“Everyone seems as delighted to have it back as we are.

“Where else can you take a smooth, but thrilling, two-minute ride offering panoramic views of the West Midlands?” 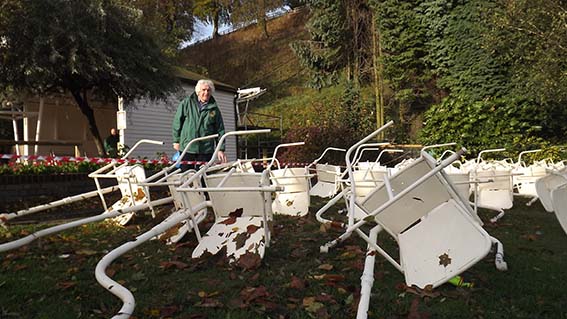 Previous: We’re still here!
Next: Grotto’s a cut above!