Not a grain was wasted when a one-ton load of sand was delivered to newly-built Meerkat Manor! 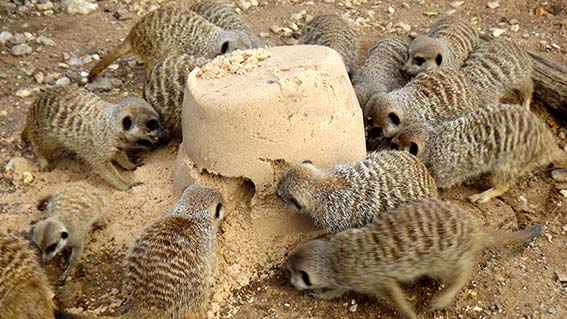 Excess sand was shared between the crocodile and yellow mongoose enclosures and a couple of bucket loads used for enrichment for our meerkats when keepers added mealworm treats to their very own sand castle.

Ungulates Team Lader, Jay Haywood, said: “Normally, they will dig underground but we have created this so visitors will be able to see them.

“We had one ton of sand delivered for Meerkat Manor and none of it has been wasted.” 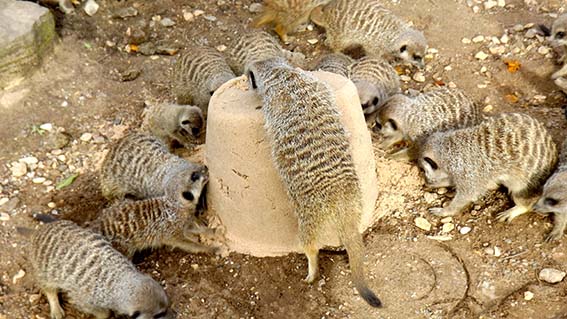 Meerkat Manor was opened following a £1,000 mystery donation from a zoo supporter.

The timber structure has been built outside the perimeter of their current Tecton Reptilary enclosure and includes a large viewing window so visitors can see their mischievous antics, whatever the weather, and a tunnel system enabling the meerkats to move freely between the two spaces.