The beloved childhood pet of our Conservation Officer Chris Leeson has joined the zoo and is sss-settling in well to his new abode. 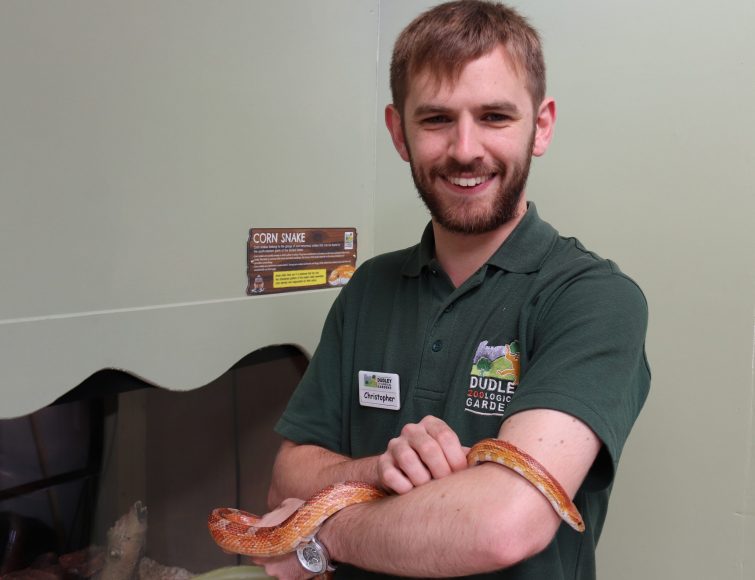 Sammy the corn snake was given to Chris as a 13th birthday present by his parents, but 13 years on he can no longer live with his devoted owner.

So Chris, who has moved into a flat where he can’t keep pets, has just donated 4ft-long Sammy to the zoo’s farm where he’ll still be able to visit him.

Chris, aged 26, said: “I was desperate for a snake when I was younger and my parents bought we one when I became a teenager.

“He has been a wonderful pet and although I can no longer keep him at home he can now enjoy seeing lots of farm visitors and I can come and check on him regularly too.”

They are called corn snakes because they were often found eating rodents in corn stores and are also known as red rat snakes. Corn snakes spend much of their time underground prowling through rodent burrows.