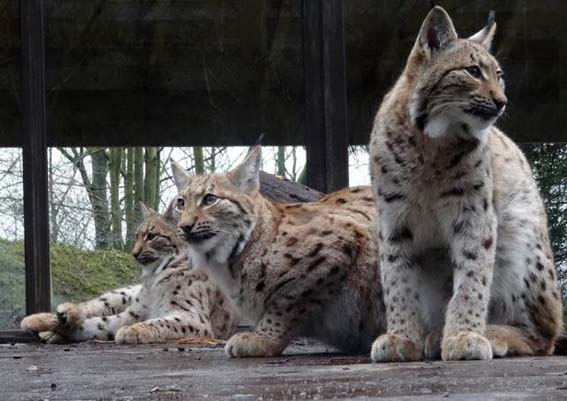 CAPTION: Sad to see you go… Dick, Dom and Daphne are off to Europe (Picture by Karen Edwards)

Dick and Daphne are being collected today to go to Heathrow Airport and Dom will be going at the end of next month. 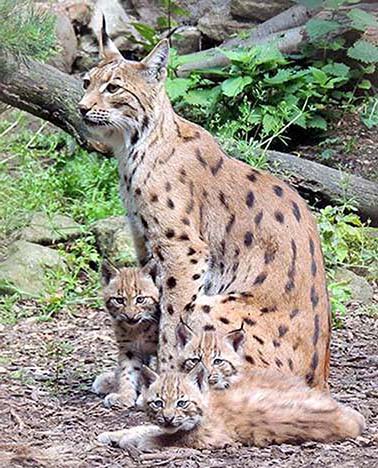 Daphne will be flying to Zurich Airport and will then be collected by staff from her new home, Wildpark Peter und Paul, St Gallen, Switzerland.

Dick will be flying to Paris and is then going on to Espace Animalier de la Haute Touche in Obterre in the Loire Valley.

And Dom will be on his way to Hungary at the end of September when he will fly out to Budapest before reaching Pécs Zoo.

Registrar and Research Co-ordinator, Dr David Beeston, said the one-year-olds would be transported in specially-built kennels which conform to airport travel regulations.

He said: “The three juveniles are at the stage where they would be leaving their mother if they were in the wild and they are all going to make up new breeding pairs.”

Section leader Jay Haywood said: “It is very sad to see them leave but it’s wonderful they are part of a successful conservation programme and will hopefully go on to have families of their own.” 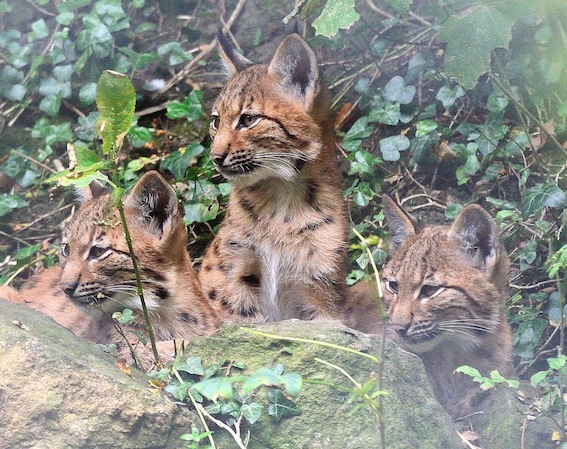 Triplets Dick, Dom and Daphne (pictured above at four months) were born at DZG on May 23, 2014  the first Carpathians to be born here.

We’ve only held the sub-species since the autumn of 2012 when dad Dave translocated from Salzburg Zoo in Austria and mum Daisy arrived from Zoo Veszprem, as part of a European conservation programme.

And the proud parents went on to have a second litter this year when brothers Dante and Dakota arrived on May 20.

Carpathian lynx originate from the Carpathian mountain range of central Europe and are threatened by illegal hunting for pelts for the skin trade plus habitat loss and declining numbers of prey.