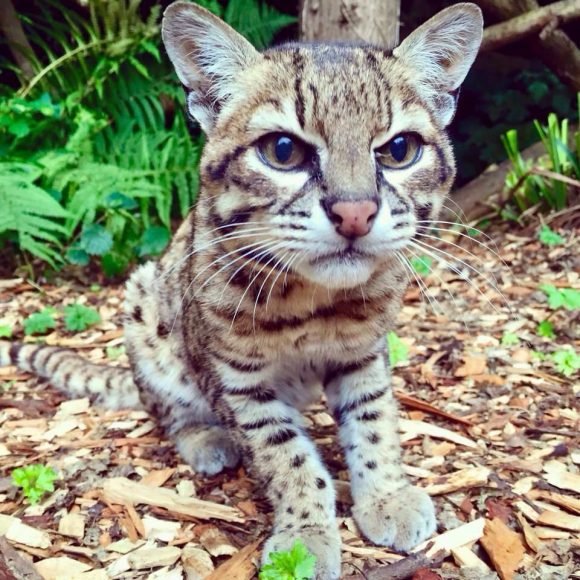 Following consultations with the zoo’s veterinary team, keepers took the decision to put the 22 year-old Geoffroy’s cat to sleep after a deterioration of his health in recent days.

Curator Richard Brown, said: “Bart had surpassed the life expectancy of a captive wild cat by more than two years and he was even the oldest one of his species in Europe but he was showing his old age, so the decision was the kindest thing for him.

“He’s been here at DZG for 17 years, so he’ll be missed as he was quite a character.”

Geoffroy’s cats are the size of a domestic cat and are found in South America.

Life expectancy in the wild is approximately up to 18 years.

Previous: Join our Freak Week!
Next: A carpet of colour!