We’re tickled pink about Prince Harry and Meghan’s wedding today – so we’ve named a pair of American flamingos in their honour. 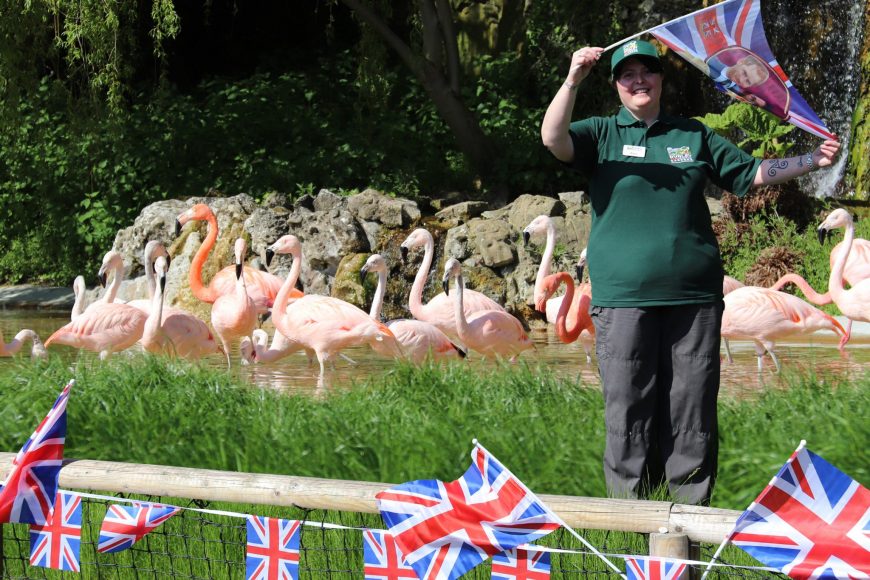 To mark the Royal Wedding, Dudley Zoo is flying the union flag atop the 11th century Dudley Castle and we’ve called two of our unnamed pure American flamingos Harry and Meghan.

And our very own Presentation Assistant Amy Hickman, pictured, has travelled to Windsor to cheer on Prince Harry and Meghan Markle as they marry at St George’s Chapel.

Excited Amy, who will be wearing a red, white and blue outfit today,  said: “I love the royals and went to London for the Queen’s Diamond Jubilee and for Kate and Will’s wedding.

“The atmosphere on these occasions is absolutely amazing and it’s a really nice way for people to come together.”

Until today’s special occasion, the two American flamingos had never been given names and that’s still the case for six of our Chilean flamingos.

We have six gorgeous pink birds without official names on their zoo records – so there’s chance to grab a unique adoption and name some of the birds that will be mingling with newly-named Meghan and Harry. 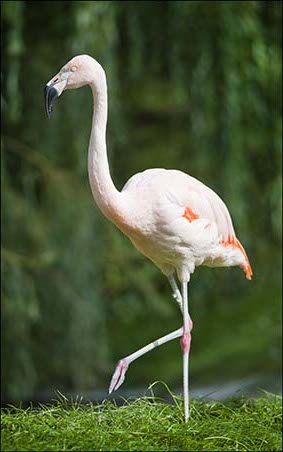 DZG Marketing Manager, Andrea Hales, said: “At the end of last year we realised some of our flamingos and meerkats only had identification numbers on their records, so we gave adopters chance to name them.

“All the meerkats and many of the flamingos were adopted and named but we still have six Chilean flamingos without names.”

Every animal on site has a permanent record which is kept updated regularly with its health, care and wellbeing details and can be shared and accessed across the world.

All chosen adoption names will be added to the official records by DZG Registrar and Research Co-ordinator, Dr David Beeston, who manages the zoo’s web-based ZIMS (Zoological Information Management System) records and the names will remain with the individual animal for its entire lifetime.

Prices of the special adoption packages start from £50 and include a certificate, animal factsheet and photo, the quarterly ZooNooz newsletter and a zoo admission ticket. All purchases contribute to our vital conservation programmes, as well as helping us pay for special animal treats, toys, bedding, health checks, food bills, heating and more.

Many congratulations to the royal couple from DZG!