A roul roul partridge is using his bird brain to find food after keepers added a live feeder to his enclosure. 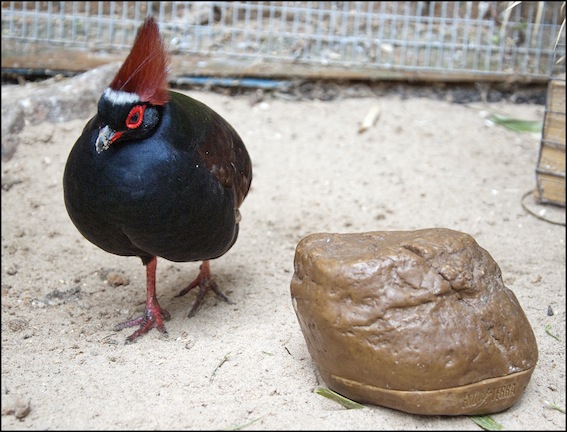 Normally found in reptile vivariums, the feeder, which resembles a rock, is filled with live crickets which then make their own way out of the top.

Head of Birds, Kellie Piper, said: “The live feeder is great enrichment for the roul roul, as the crickets come out as and when they want from the top and then scatter around the enclosure, which allows him to forage for his food.

“He is the first bird we have tried using the live feeder with and it has been a success, so we’ll probably move it around other bird enclosures and see if it gets the same response.”

Previous: Otters under observation
Next: Playing mum to baby Rhea