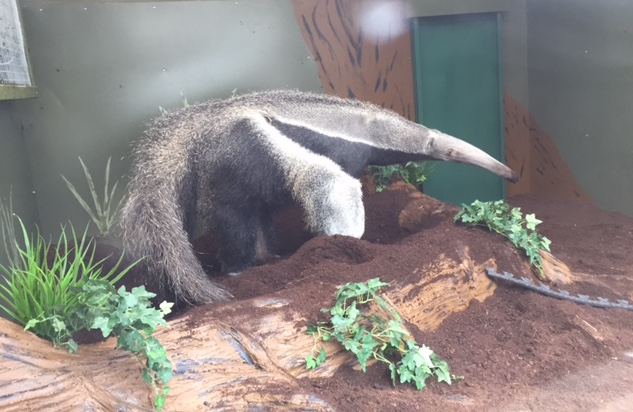 Keepers relocated the one year-old into her new paddock, adjacent to the tapir and capybara on Friday and she’s enjoying exploring her new surroundings.

“Visitors should also have a better chance to spot her in her new home as there are many viewing opportunities, including an outdoor ark shelter, a walk-in viewing area and windows in her internal den. We’re also finding she’s preferring to sleep in the on-show part, rather than the off-show section.”

And to aid a stress-free move, keepers left Romy’s crate in her indoor den for the days leading up to the relocation, so she became familiar with the box, but she was so comfortable with the crate she spent the week sleeping in it – pictured below! 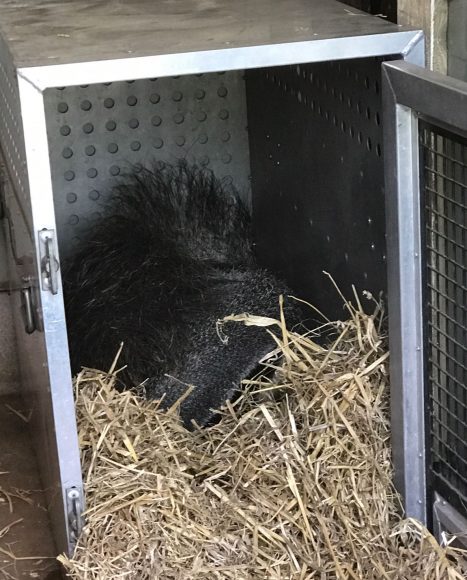 The lovely-looking anteater arrived from the Czech Republic last summer and has been located opposite the barbary sheep.

Romy’s extended paddock will also take in the Western Grey kangaroo enclosure, with keepers shortly beginning construction work on a new pool as well as installing termite mounds for enrichment.

As part of the move, Western Grey kangaroos, Harold and Lou have relocated into Romy’s former enclosure.

Sarah added: “The kangaroo move was very straightforward. We opened the joining gates and they both hopped across!”

Previous: Peepo!
Next: Join us for our 80th!