We’re loving taking part in the treasure-hunt craze of finding rocks – and have found a super one near our burrowing owls. 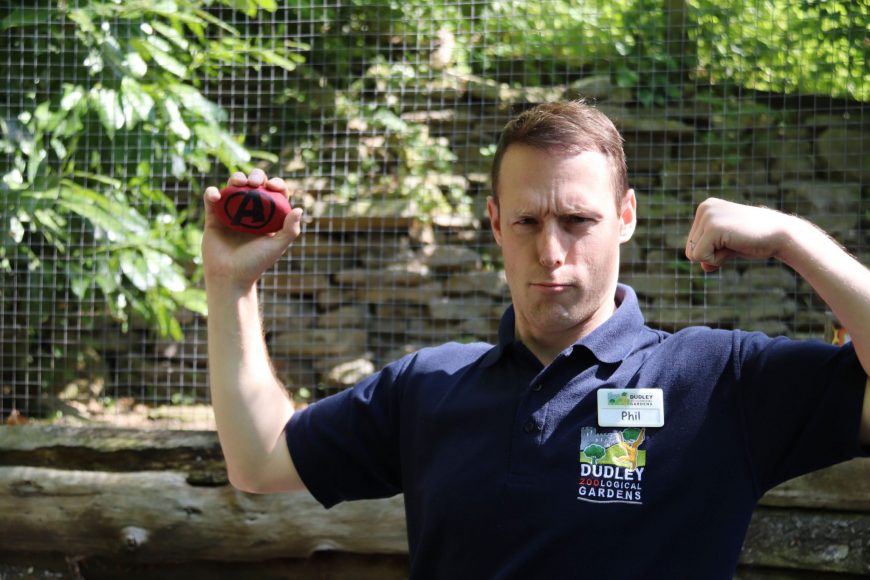 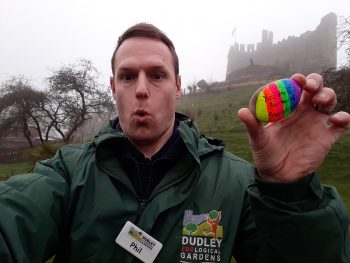 Presenter Heather John has just unearthed a rock painted with The Avengers symbol and our Head of Education Phil Turner also found one with a rainbow design in the Castle keep a few weeks ago.

Dudley Zoo joined in with the painted-rock trend about six weeks ago when our in-house graphic designer Rachel Lane hid three beautifully painted pebbles around our 40-acre site.

The craze – which involves decorating a rock and hiding it in a public place for someone to find – is alive and well at DZG as the three we planted have disappeared.

Anyone who finds a rock can either re-hide it in any of our public areas or keep it. 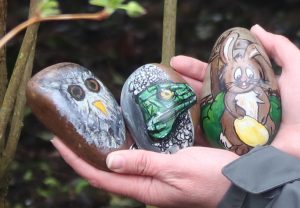 Rachel said: “I’ve been round the site to check if our rocks have been found and all three have gone.

“I hope they have made people smile and it’s good to know the game is still continuing with other visitors leaving their own stones on site.

“We would like anyone who finds one on site to post the find on social media with the hashtag #dudleyzoorocks.”

The Avengers stone had the name Louise Berry written on it and Phil has now re-hidden it on site. And he plans to re-hide the rainbow one, which said ‘You are a rainbow of possibilities’, appropriately at the National Trust’s Rock Houses in Kinver.

Previous: Money for macaques
Next: Grrreat to be eight!