A piece of rock discovered near DZG’s upper level wallaby enclosure has been identified as a rare fossil, dating back 425 million years. 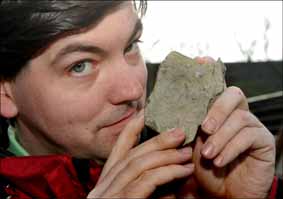 The fossil was found by Zoo presenter, Langan Turner, a paleontologist, who said: “It’s an attractive-looking rock, about 5cm in length, which I spotted lying near to fencing by the wallaby enclosure.

“I immediately identified it as a rare whole trilobite fossil, dating back 425 million years.

“These fossils were commonly found by quarrymen in the 19th century and nicknamed the Dudley Bug. There are many examples embedded in Dudley Castle, but to find one as a loose piece of material is rare.”

Trilobites are fossilised outer shells of extinct creatures, known as arthropods; animals with a hard external skeleton, jointed limbs and a body divided into three segments or lobes. 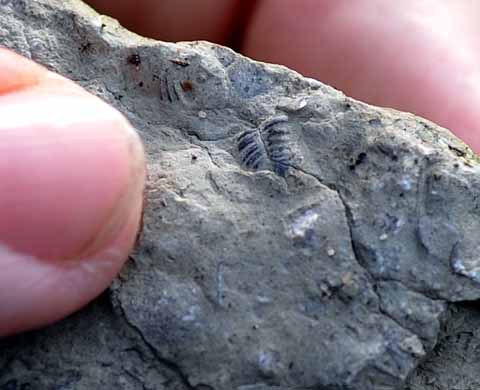 The rock, which is now in the Discovery Centre, will be used as a teaching aid by DZG’s Education team.

CAPTION: Dudley Zoo presenter, Langan Turner, with the rock that dates back 425 milion years that he discovered near the upper wallaby enclosure.