We’ve got great pride in announcing you helped us raise £145.93 as part of our World Lion Day celebrations. 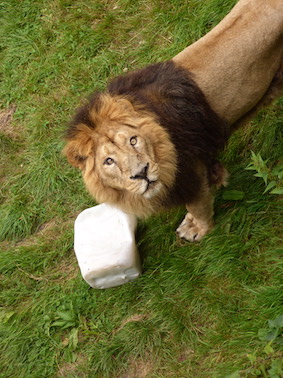 Huge thanks to everyone who visited us on August 10 and took part in our event as we joined the global campaign to raise awareness of the endangered Asiatic lion.

The day’s focus was on our trio of big cats, Jetpur, Kyra and Asha with visitors able to learn more about the species’ plight with information stands in the Discovery Centre and outside the lions’ one-acre paddock.

Visitors were also able to watch our three lions receive enrichment barrels, as DZG Presenter Heather John explained all about their threats during a one-off special talk.

And you helped us raise funds for lion conservation projects by entering an adoption raffle, with the lucky winner chosen as six year-old Ethan Pearsall from Rowley Regis, who adopted lioness, Kyra and also took home a luxury chenille Jetpur cushion as his prize.

Curator Richard Brown, said: “There are less than 300 lions surviving in the wild and these are restricted to the Gir Forest Wildlife Sanctuary in Western India.

“We’re part of a major international conservation programme for the species and we work hard to highlight the importance of this project. It was great that so many visitors took time out of their day to come and find out more and hopefully they went home having learnt some new facts about the species.” 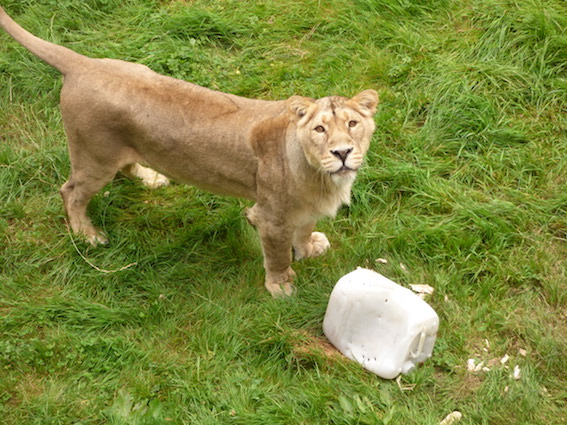 Previous: An August arrival!
Next: A birth to remember!