Riot, DZG’s Gyr Saker falcon, is making his return to the flying squad! 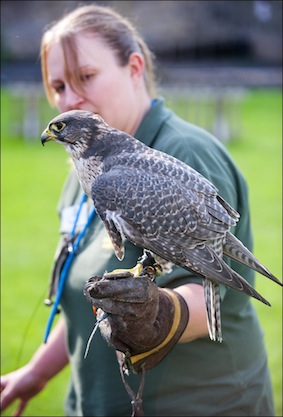 The bird has been off show for over two months while undergoing his annual moult, but is now ready to begin training to earn his place on the daily birds of prey display team.

“They need to eat extra during these months as they need all the strength they can get while their feathers moult out and regrow.

“Riot is looking splendid, so now we have to make sure he’s physically fit to rejoin the squad and we’ll be exercising him on his own every day until he’s the right weight for flying.”

As part of the daily 12pm birds of prey display in the castle courtyard, keepers are also hoping to get Riot showcasing his flying talents from the window arches of the castle.

In preparation for his debut, keepers have also fitted Riot with two bells on his feet and a brass tail clip to his tail feather, so a tracking transmitter can be added when he is ready to fly  just in case he takes a wrong turn in the air and keepers need to find him! 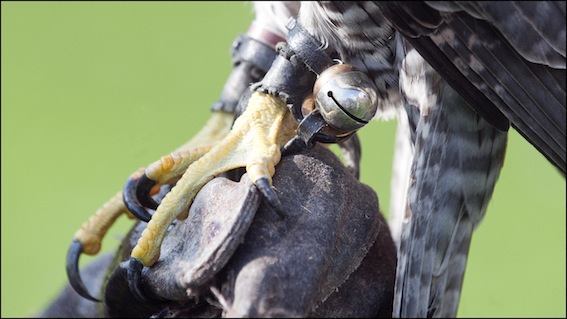 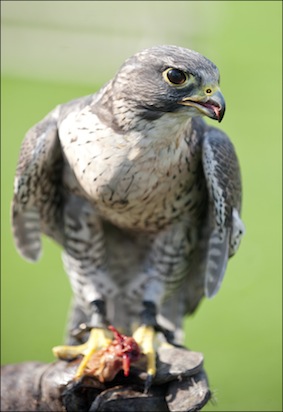 Previous: Sheila’s perfect present!
Next: Keep a tiger in your pocket