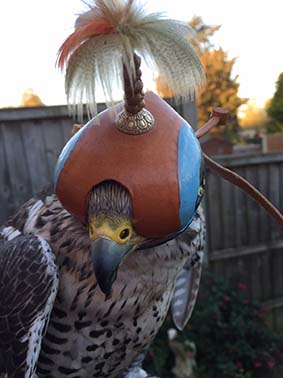 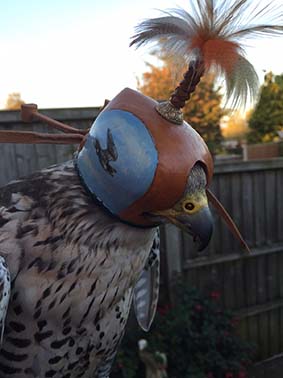 The hand-painted hood, pictured above, features a picture of a peregrine falcon on each side and was given to our Head of Birds Kellie Piper by a falconry friend.

The hood is a perfect fit for Riot who wears it just before taking part in our daily birds of prey display in the Castle courtyard at 12 noon.

Kellie said: We put the hood on Riot prior to flying, just to keep him calm. That way he doesnt waste any energy and all his efforts are channelled into doing the display. 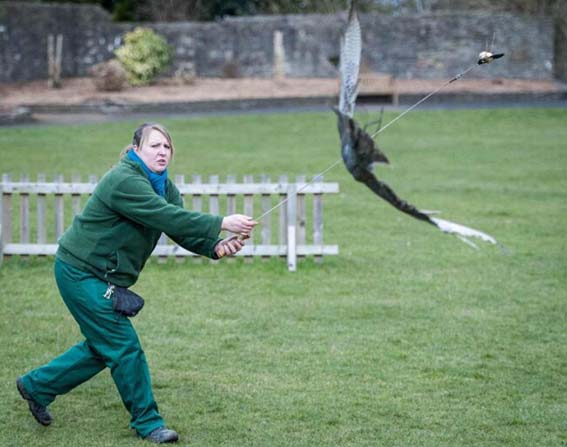 Riot has flown at Dudley Zoo for the last four years and puts on a wonderful show when he flies around the top of the Castle.

Kellie added: At one point Riot looks as if he’s disappeared, but then he comes back into view and swoops down to chase the lure.

The lure has a leather pad on the end and the keepers attach food to it to attract Riot. As Kellie swings the lure round and round, Riot chases the food which simulates him catching a small bird in mid-flight.

Come and see Riot in action when you’re next with us!