DZG’s Curator Richard Brown has taken on a key role in the international conservation battle to save black lemurs from extinction. 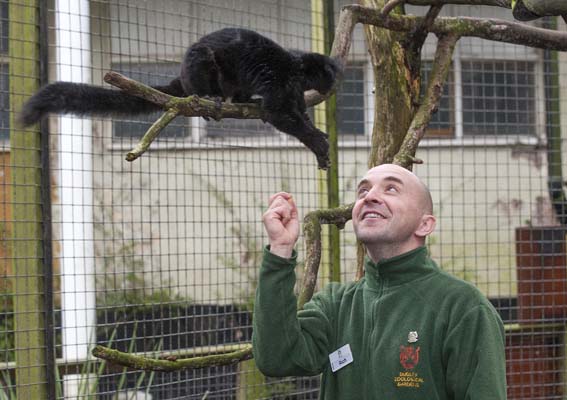 The experienced Curator, pictured above, has taken over the European management of the endangered species from our Zoo Director Derek Grove.

Derek recently handed over the reins to Richard who will continue collating the European Endangered Species Programme (EEP) annual studbook with our Registrar and Research Co-ordinator Dr Dave Beeston.

Dr Beeston amasses details of all births, deaths and transfers within collections and identifies surplus animals and plans for new breeding programmes, before inserting the updated data into the studbook.

As co-ordinator for the programme, Richard will use the heavily researched studbook – used by 50 collections across Europe  to make recommendations about which of the 200 black lemurs in the territory controlled by the EEP are suitable for exchanges or breeding. 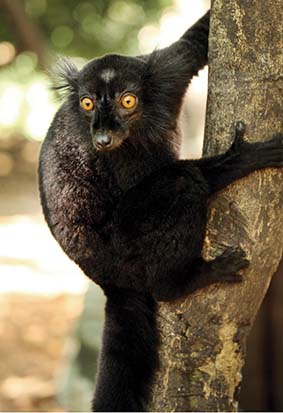 Richard said: “Derek has managed the programme very well for the last 12 years and I’m delighted to be taking on this interesting role.

“I’m attending a Captive Population Management course shortly in Amsterdam on how to run studbooks successfully, alongside 14 other people from zoos across Europe.

“It’s a very exciting role and is all about getting the genetics right and keeping the gene pool viable.

“The studbook identifies which animals are closely related, as we must avoid in-breeding to prevent defects occurring in the species. It’s like Blind Date for black lemurs really!”

Lemurs can live up to 30 years in captivity and, on average, they make between one and two moves throughout their lives. At DZG we have two males called Khagani and Bryan and a female called Florence. 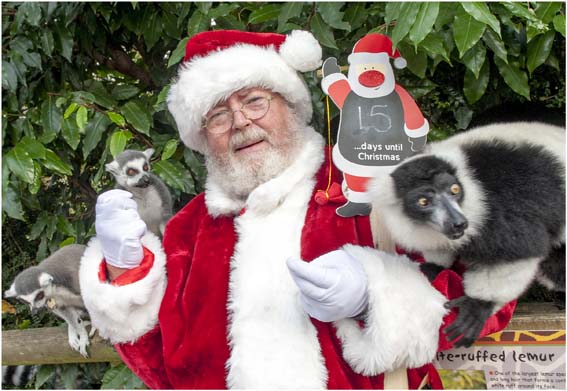 Meanwhile our black and white ruffed and ring-tailed lemurs in Lemur Wood, pictured above, had a special visitor today – just 15 sleeps until Santa’s busy night!

Previous: Treats pop up for primates!
Next: Ozs special visitor