A new interactive tiger display at a West Bromwich museum has literally become a roaring success, thanks to the voiceover talents of DZG’s Assistant Curator, Richard Brown. 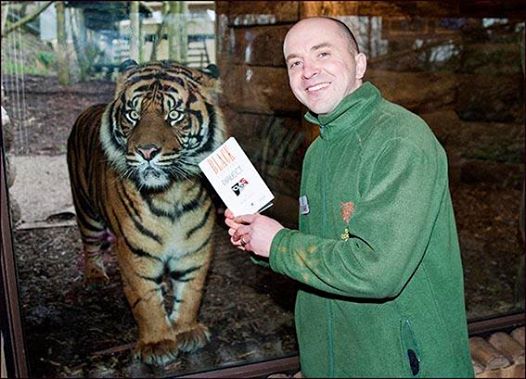 Tiddles, a stuffed Bengal tiger, has become the star attraction at Oak House Museum, where visitors can donate loose change to hear his majestic voice and listen to fascinating tiger facts recorded by Richard earlier this year. 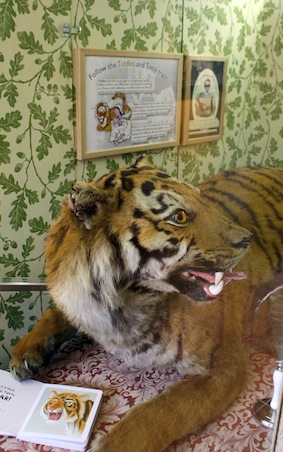 And it was our very own two-year-old handsome male Sumatran tiger, Joao, who provided the inspiration for the interactive exhibit, which forms part of the museum’s new visitor centre and tiger trail. 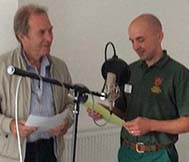 Richard said: “The London-based team behind the exhibit had read our ZooNooz story about Joao getting used to our local lingo when he translocated from Germany last year and how big cat keepers were spending time talking to him, so that he could get used to our unique accents.

“They travelled to DZG to record my voice and despite the crew’s best efforts to catch Joao’s roar, he decided to remain silent, so they used a roar-alike from an animal sound archive instead.

“But we’re delighted Joao was the team’s muse and we hope the exhibit will help raise awareness and educate people about the future of tigers in the wild.”

A century ago nine sub-species of tiger thrived in habitats throughout Asia. Today just six remain, including the crtically endangered Sumatran tigers that are held within DZG’s collection.

DZG is currently working with 21st Century Tiger to support tigers in the wild and has raised more than £2,000 for the charity through our fund raising efforts in 2014.