Refurbishment of the Reptile House continues with the first remodelled enclosure ready for occupancy by a red-tailed green ratsnake, named Paul! 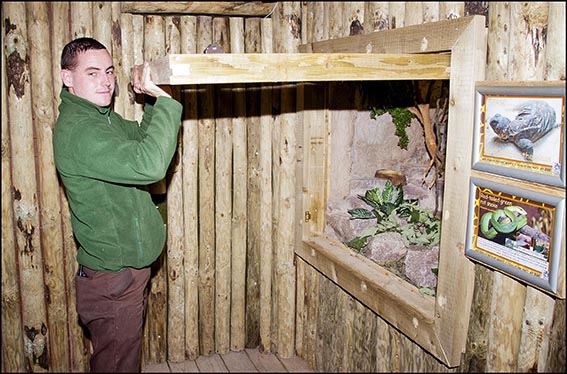 Keepers can now access the enclosure from a front glass panel rather than via a rear door, with the large window allowing visitors a better view of Paul’s new home.

Keeper Sam Grove  pictured above  said: “We spray water into each enclosure numerous times a day, but the humidity causes windows to steam up, which means we then need to reach right through the enclosure again from the rear door, disturbing the reptiles in the process, to wipe down the glass.

“Having a front opening window means we can gain access a lot easier and quicker and cause a lot less disturbance to the animals.”

Sam added: “We’ve had lots of positive comments from visitors about the new-look Reptile House and we’ve already started work on revamping the next enclosure for Dabbs Lizards.

“We are hoping to get them all done over the next few months when we will also be reviewing the stock and, hopefully, bringing in a few more additions.”

The Reptile House, which was originally opened by conservationist Sir Peter Scott in May 1956, underwent a £15,000 facelift earlier this year to include remodelling of enclosures, installing timber flooring and cladding to walls around the public-viewing corridors and the construction of a new glazed dual entrance. 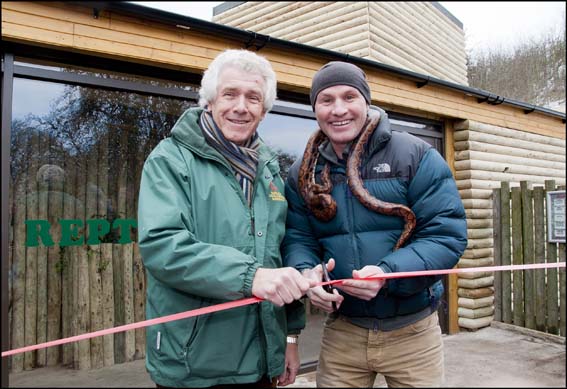 The new-look Reptile House was opened by BBC presenter and ecologist, Mike Dilger, in March.

Staff are currently adding the finishing touches to a new £5,000 quarantine bay alongside the Reptile House, that was designed and built in-house.