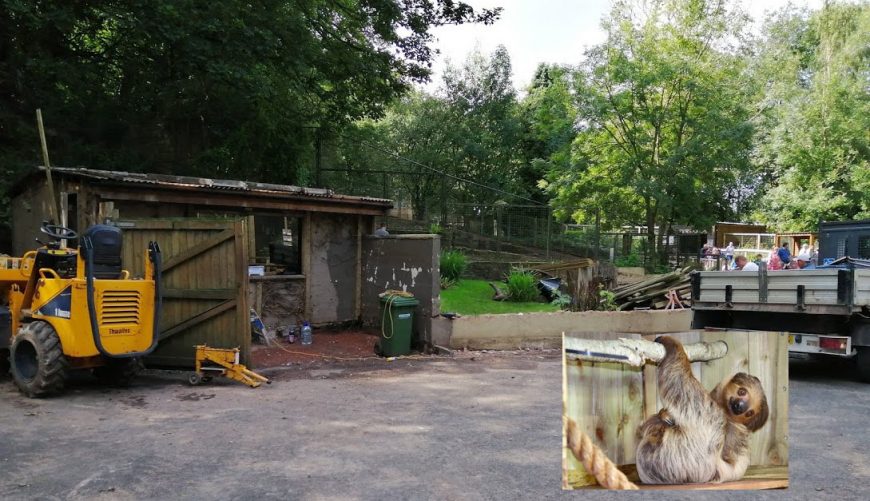 Contractors are busy revamping the former tortoise enclosure, adjacent to the Asiatic short-clawed otters, into a purpose built pad for the three-year-old sloth.

Curator Richard Brown, said: “The new enclosure will include indoor and off-show areas, as well as a large open mesh topped outdoor area.

“There’ll be lots of glass viewing areas around the sides and UV lighting inside to provide lots of light, plus there’ll be plenty of ropes and platforms for the new occupants.”

Reggie will be joined in his new home by Coppery titi monkeys, Tilda and Frank and Goeldi monkeys Francisco and Santiago, to form a brand new mixed exhibit.

Richard added: “All work is on schedule and if everything goes to plan we hope to have Reggie and his friends settled in by October half term.”

Previous: Fishy kisses for Josh!
Next: Blooming in celebration