DZG has successfully bred two red squirrels which will be released into the wild later this year as part of a captive breeding programme. 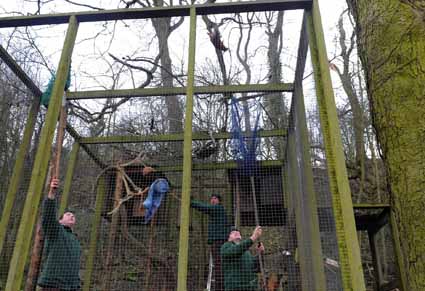 Scirius vulgaris, our only native squirrel species, has been in decline since the introduction of the grey squirrel to Britain in the nineteenth century.

The red squirrel is now isolated in several pockets around the country and continues to decline because it lacks imunity to the squirrel pox virus carried by the greys.

DZG?has been part of a captive breeding programme for red squirrels since 1996, which has seen 11 squirrels transferred to form breeding groups at other collections. 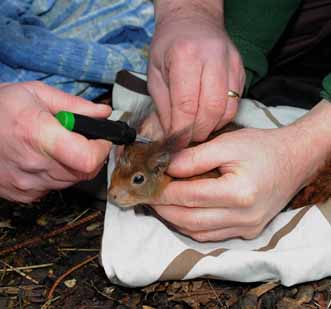 In 2007 two young females bred at Dudley were released into a squirrel reserve on the Island of Anglesey.

Curator Matt Lewis said: “The youngsters will be released later this year, which will leave six adults at DZG.”

Keepers caught up with the tiny twosome to insert transponder tags for identification purposes.

Conservation of the world’s most endangered exotic animals is vital at DZG, but we are also working hard to protect our native wildlife across the UK.

CAPTIONS:?Keepers insert a transponder tag into one of the young red squirrels. 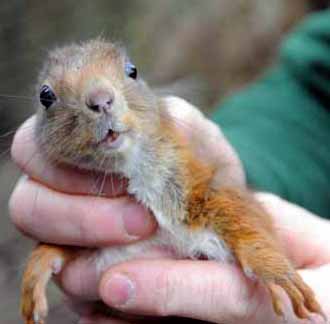