We’re celebrating the ninth birthday of reindeer Maggie today  by recreating her first ever photograph! 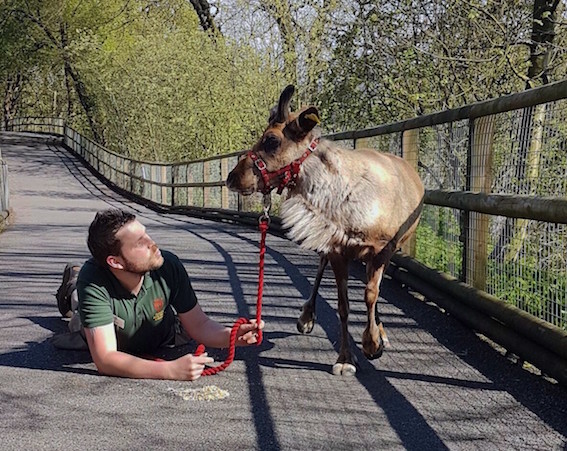 Maggie had to be hand reared by Section Leader Jay Haywood and his team, when she was first born, feeding her every few hours, day and night, for six months.

Jay said: “It’s been wonderful to see her grow up and she’s grown into a strapping lady now, and still has the same lovely temperament as she had as a baby.

“To celebrate her birthday we thought it would be fun to recreate the photo we took of her shortly after her birth, which still remains one of my favourite ever DZG pictures – although she’s too tall for us to touch noses now! 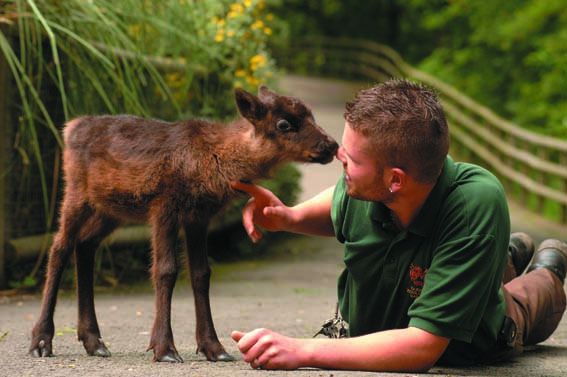 And Maggie’s daughter, Minnie-Mag celebrated her sixth birthday on April 28.

Meanwhile Hail becomes a teenager on May 7 when he turns 13 and Blizzard marks her twelfth birthday on May 10.

Many happy returns to the birthday boys and girls in the herd!

Previous: A leap for frogkind!
Next: An impressive display!