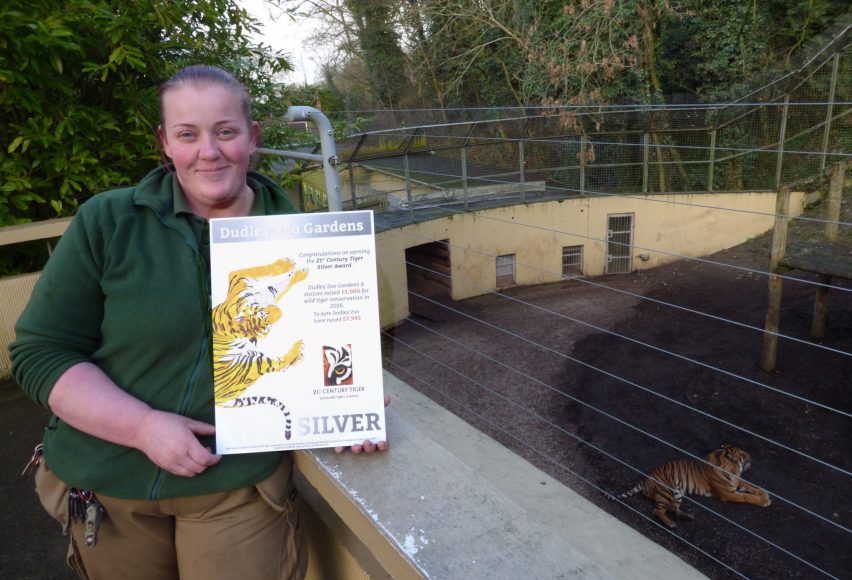 The certificate acknowledges the £1,000 we donated to the charity last year, bringing our running total to £7,945.

Zoo Director Derek Grove, said: “ We raised £686.72 through our Global Tiger Day celebrations last July, which we boosted to £1,000 from zoo funds, as we’re always keen to help 21st Century Tiger, who do wonderful work supporting conservation projects which are working to eliminate major threats to the big cat species.

“With fewer than 500 Sumatran tigers left in the wild, it’s vital we work together to ensure their survival.”

Supporters helped us raise the funds during an extended three-day celebration as DZG highlighted the threats to tigers in the wild through talks, information stalls, display boards and biofacts.

“This year we have provided three grants for conservation and protection of tigers around Kerinci Seblat National Park in Sumatra in addition to grants in Nepal, India and for the first time, Bangladesh.

“Without the commitment of zoos like yours we would not have been able to make such a contribution.”

Pictured above: Senior Keeper Sarah Evans with the certificate, which will be mounted near the tiger enclosure for visitors to see.