When Keeper Josh Luxton attached a camera to a target training stick he didn’t expect our giraffes to come right in for a close up. 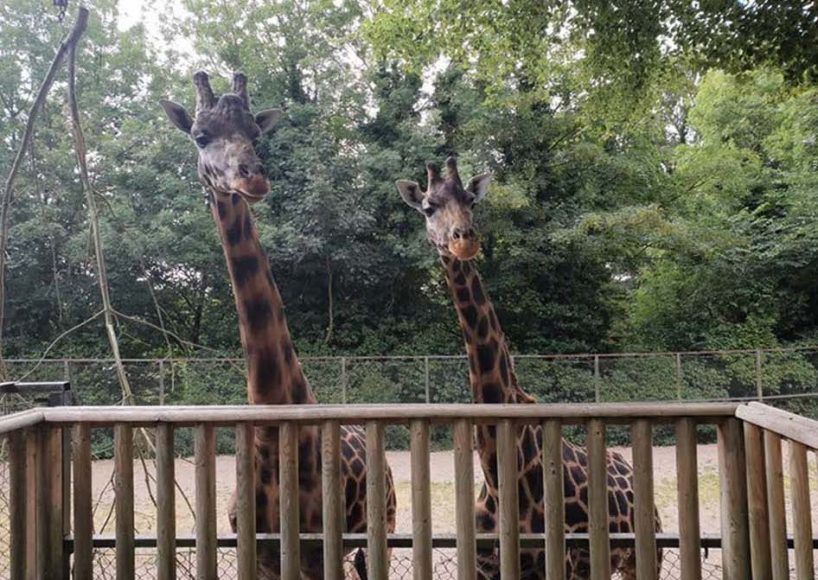 Inquisitive duo Kubwa and Josie kept reaching for the mini camera with their tongues – which gave Josh chance to make a quick health check and a great video too!

Josh and Keeper Ellis Robinson have been training the two giraffes for several months so the animals are familiar with approaching them for medical checks and so keepers can monitor husbandry behaviours.

Josh said: “We have been doing short training sessions with Kubwa and Josie five times a week and they have responded so well. It’s important to build a relationship so we can safely get close to them and examine them.

“When they tried to lick the camera I wasn’t expecting them to come so close, but it gave us great footage and chance to have a good look at their tongues too.”

Seventeen-year-old male Kubwa and female Josie, aged nine, each have a different coloured target stick, which they recognise as their own.

As soon as they touch and hold on to the target stick, keepers press a clicker so the animal knows he has done what he was supposed to and then gets a delicious treat in return.

Look out for a story about another camera-loving creature tomorrow!