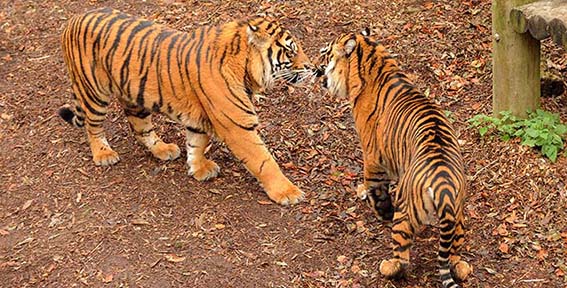 Twenty-one-month-old Joao, who arrived from Krefeld Zoo, in Germany, last month has been slowly introduced to three-year-old Daseep in the internal dens over the past four weeks.   And yesterday big cat keepers decided the time was right for their open air debut meet ‘n’ greet.   Head of Media and Communications, Jill Hitchman, said: “The introduction went like a dream, we couldn’t have asked for better. 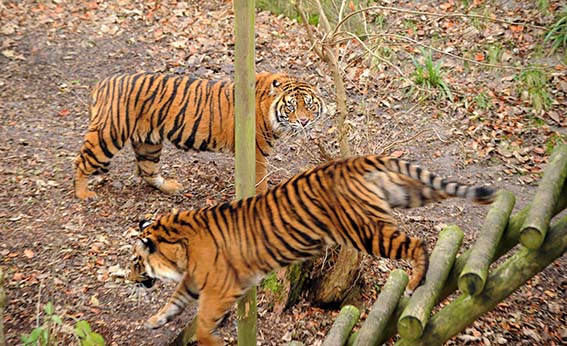 “Since his arrival last month we’ve monitored Joao very closely and given the two of them plenty of space off show to get used to each other.”   She added: “They both seem very comfortable with each other and are busy exploring the outdoor enclosure and den together.

“They will remain off show until early next week so Joao is confident of his new surroundings before we introduce him to the general public, but we know they’ll all love him just as much as we do.” 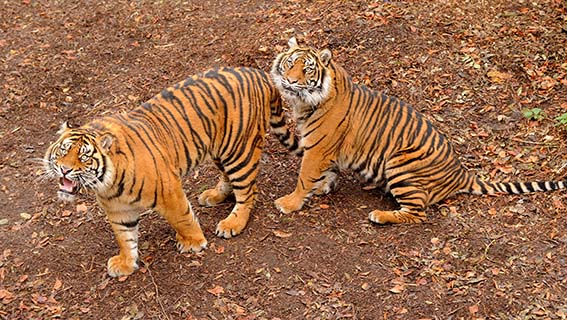 Sumatrans are among the rarest tigers in the world with fewer than 400 surviving in the wild and Daseep and Joao are part of a major international conservation project.   Daseep, who is ranked as the world’s second most important female in the genetic pool for this critically endangered species, transferred from Wuppertal Zoo, in Germany, in February 2012.   DZG holds an impressive breeding record for Sumatran tigers; eight cubs born at the Castle Hill site between 2000 and 2005 increased the world population of this rare sub-species by two per cent and went on to boost programmes across the world.