We’ve reintroduced two critically endangered new world monkeys to the DZG collection, a decade after we last held the species. 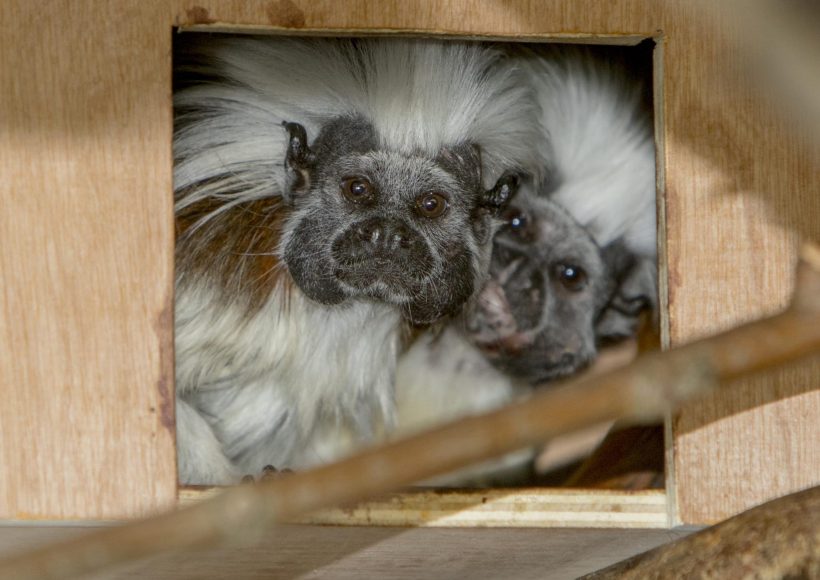 Cotton-top tamarins, Katy and Rufus, are settling into the Small Primate House, after the nine year-old female arrived from Birmingham Conservation Park and the eight year-old male, relocated from London Zoo.

Trainee Keeper, Cara Sheldon, said: “They’re both quite friendly and are enjoying the company of each other.

“We can hand feed them both and we’ve already found out they’re quite partial to sweet potato and pieces of banana as a special treat.”

So called because of the flowing white fur on its head, the species is only found in the rainforests of north western Colombia in South America.

Listed as critically endangered on the IUCN Red List, the cotton-top tamarins have suffered a severe decline in recent years, mainly due to deforestation, which has destroyed more than 75 per cent of their natural habitat and there are thought to be less than 6,000 left in the wild.

Previous: Simon clocks up 25 years!
Next: A trio of birthday girls!