We’re thrilled to announce the birth of a critically endangered Colombian black spider monkey – our first in four decades. 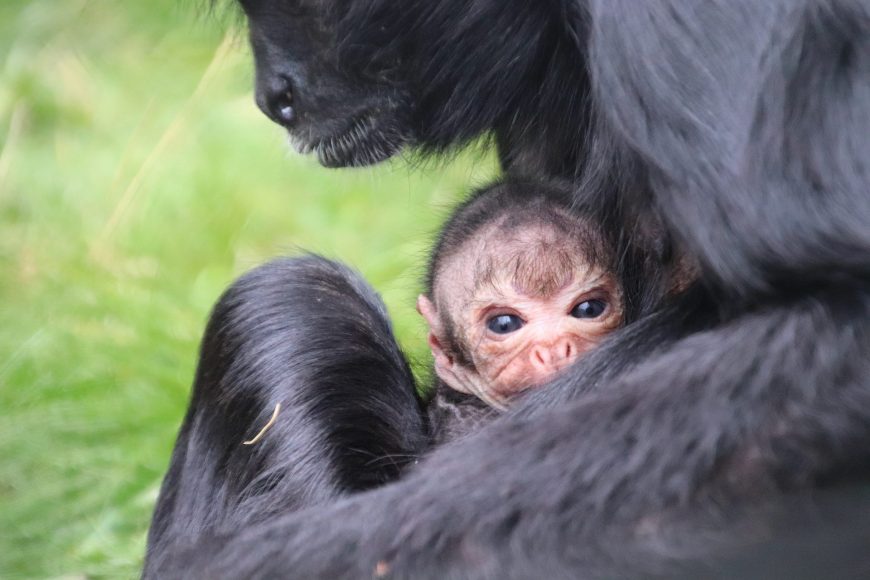 Evita, 16, gave birth in the outside paddock in front of stunned onlookers on Friday – one of the hottest and busiest days on site!

DZC Curator Richard Brown, said: “This is incredibly exciting news for the zoo to celebrate the birth of such a rare primate species.

“Animals usually give birth in the quiet of the night and we’d prepared for the impending arrival by setting up cameras in the indoor den and made alterations to the off-show area, in case we needed to separate the group, but Evita decided to surprise us all with an outdoor birth in the hot midday sunshine, with visitors alerting keepers to the event.” 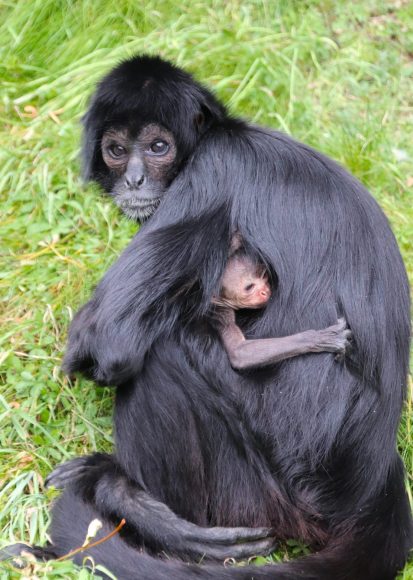 Evita and baby, are doing well, living together as a natural family unit with 13-year-old dad, Chester and fellow adults Valentine and Charlie.

Richard added: “For a first-time mum, Evita is being really attentive and the baby looks to be thriving.

“Mum will exclusively carry her newborn for the next few months, first on her stomach and then on her lower back, with the baby tightly wrapping its tiny tail around Evita and gripping her midsection with its hands.” 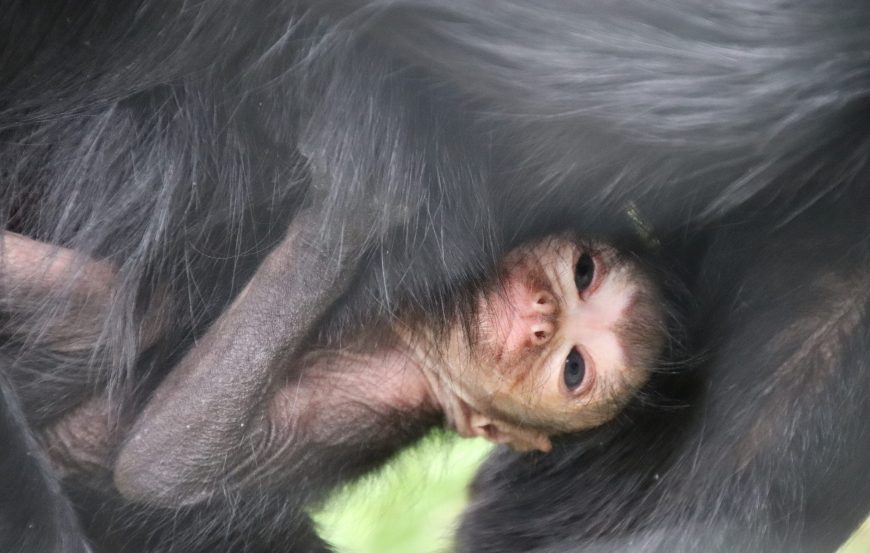 Listed as Critically Endangered on the International Union of the Conservation of Nature’s (IUCN) Red List, Colombian spider monkeys are hunted for their meat, as well as being under threat from forest deforestation. 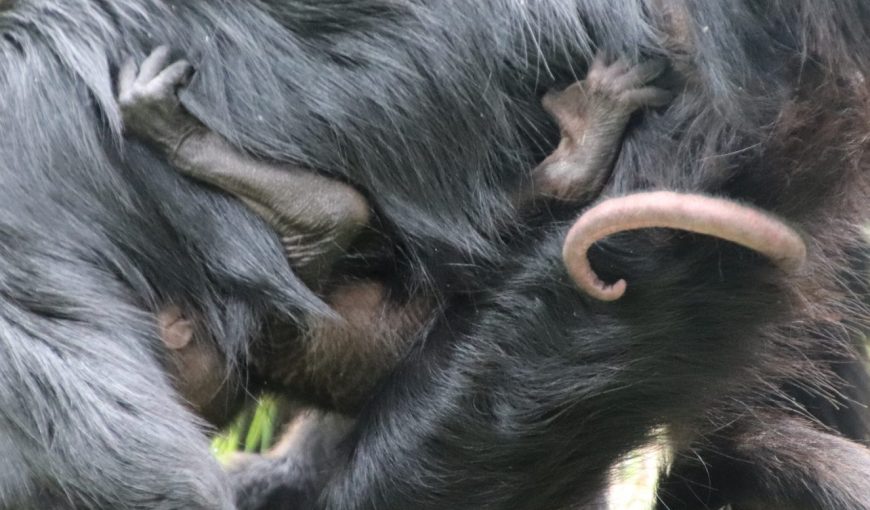