Two rare Carpathian lynx are loving winter in their new home at DZG. 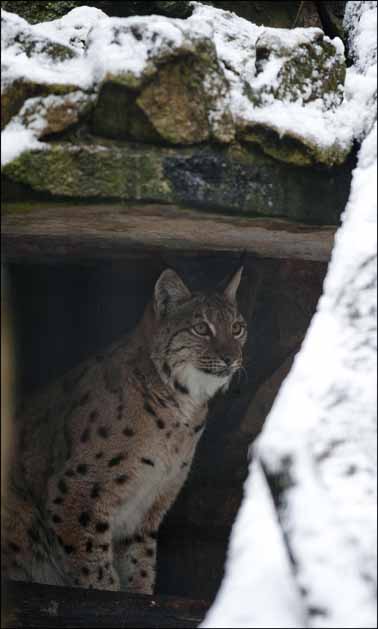 Senior Keeper, Adam Walker, said: “Both are doing fine and have settled in very well.

“They are beautiful cats, really stunning.”

Daisy immediately became the more confident of the two and was soon busy exploring their enclosure, while Dave hid away at the back.

But slowly and surely the 18 month-old male is gaining confidence and beginning to feed from keepers’ hands.

Big cat keeper, Adam Walker, said: “He’ll now come up to you hesitantly, before grabbing his food from out of our hand and racing to the back of the enclosure, so he’s getting there, which we are really pleased about.

“He is still remaining near the back, whereas Daisy comes up to the glass almost nose-to-nose with visitors, but he is becoming more visible.”

Their transfer is via the European breeding programme for this rare species. 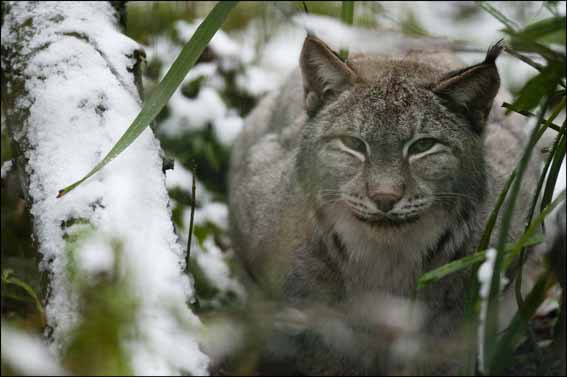 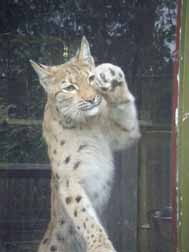 Keepers have started the first process of introducing Dave and Daisy to our resident female lynx, Chloe.

As part of the introduction process between the trio, keepers have slightly raised the entry door between the two enclosures, so Chloe, Dave and Daisy can now begin to see each other.

“The introduction process is quite lengthy but it’s going well.”