We’ve got exciting news from our Birds section with the hatching of a rare Victoria crowned pigeon. 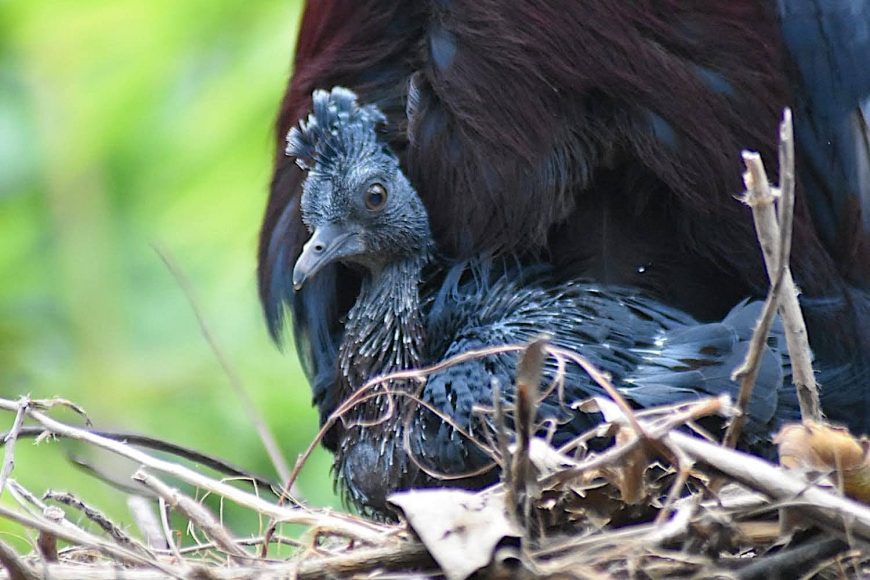 Just months after the arrival of a male for our resident female, as part of an EAZA managed studbook breeding programme, the pair have had their first successful hatch – and the chick is already starting to have a nosey out of the nest!

“It looks to be doing really well and the parents are being very attentive and we’re really pleased the pairing has proved successful so quickly.”

Both parents will care for their offspring while in the nest and for the first few months after it fledges.

Once it’s old enough keepers will be able to catch up the bird to officially sex it and add an identification ring to its leg.

Listed as near threatened on the IUCN Red List, the regal looking bird, which is the biggest of all pigeon species, is suffering a rapid decline in its native New Guinea due to the destruction of its forest habitat.

The blue-grey coloured bird, named after Queen Victoria, is also a prized trophy for poachers.

Our Victoria crowned pigeon family can be found in Lorikeet Lookout, where the birds have built their nest on the high apex of the walkthrough exhibit’s feeding station. 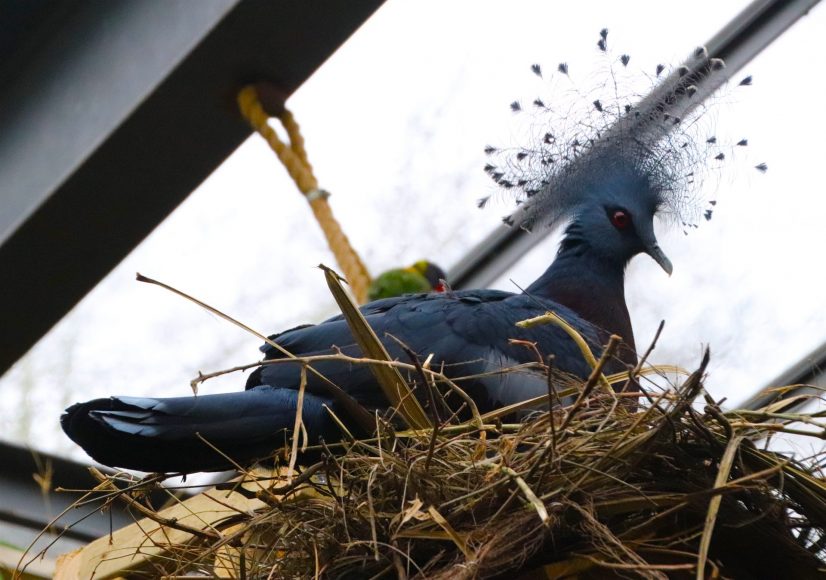 Previous: Baby steps and baby teeth!
Next: Mum’s the word!