DZG is delighted to announce we’ve had our first black and white ruffed lemur birth in 21 years. 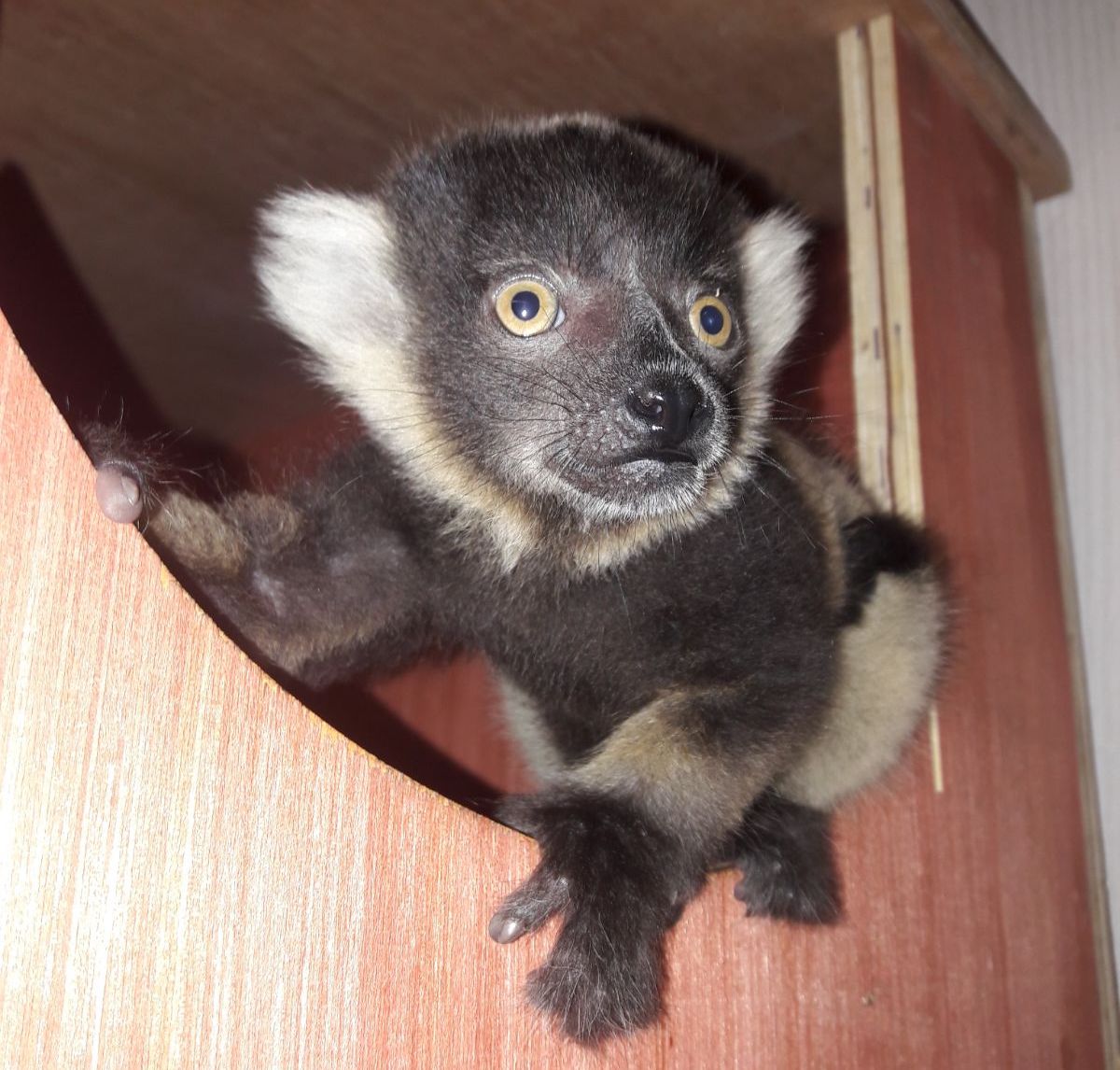 The gorgeous baby lemur was born a couple of weeks ago but has only just popped out of its nesting box.

The young black and white ruffed lemur – which are classed as critically endangered in the wild – was born to first-time mum Olivia and dad Broom on March 14.

It was in May 1997, as Tony Blair became Prime Minister, that our last black and white ruffed lemurs were born at DZG – twins Tony and Cherie!

Section Leader of Upper Primates, Pat Stevens, said: “It’s been over 20 years since we’ve had a black and white ruffed born here and we’re absolutely thrilled.

“They are the only primates whose babies stay in the nest for the first few weeks of their lives and it was wonderful to see our new little one make an appearance for Easter.”

Black and white ruffed lemurs, from the rainforests of Madagascar, are listed as critically endangered by the International Union for Conservation of Nature (IUCN).

They face several threats including habitat loss due to slash-and-burn agriculture, logging and mining. They are also among the most heavily hunted of all lemur species.