Our pygmy marmoset group is booming following the arrival of another set of twins! 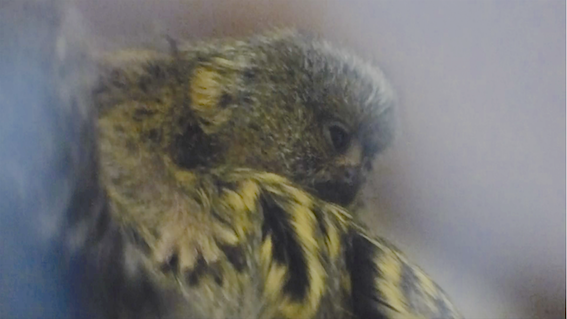 The pair were born to mum, Pam and dad, Hendrix on May 27, bringing the total number to nine. 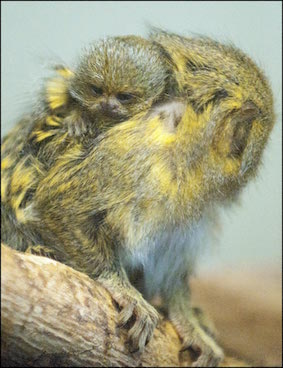 Section Leader, Pat Stevens, said: “We’re delighted to welcome another set of twins to the group five months after the arrival of our last two baby marmosets.

“Pam and Hendrix make an excellent team, carrying the babies around and sharing duties, although the siblings also try and take their turn too.”

The new arrivals are yet named or sexed, as keepers will have to wait until they begin venturing from mum and dad to find out, but they join their six-month old brothers, who have been named Bill and Ted, in their Small Primate House enclosure, alongside Zippy, who arrived in June 2015 and Duncan and Edward, who were born October 2014.

The world’s smallest monkey, the dominant female gives birth after a gestation period of 142 days.

They have two birth peaks each year. The first usually between May and June and the second between November and January.

In captivity approximately 76 per cent of births are non-identical twins.

The babies are usually carried by the male and only returned to the female for feeding.

Previous: Birthday fishes for Cleo!
Next: A lovely week!