Twin pygmy marmosets born on October 12 have been named Duncan and Edward. 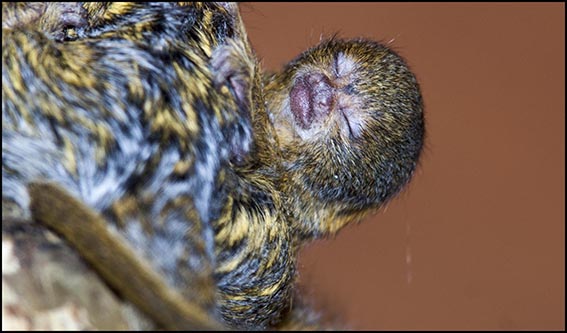 Keepers decided on the names for the tiny twosome after they were among suggestions in a recent Facebook competition for a fellow resident in the Small Primate House  a newborn black howler monkey.

Upper Primates Team Leader, Pat Stevens, said: “We decided on Shelby for the baby howler, but we also really liked Duncan Edwards, so when these two came along it was an ideal opportunity to name them after the town’s famous footballer.”

The duo are currently settling into family life with mum, Pam and dad Hendrix.

And as a thank you for the names we’re sending Facebook follower Lorraine Tromans a family day pass so she can see the twins for herself!