Pupils from Grimley and Holt Primary School, in Worcester, learned how modern zoos play a vital role in conservation during an Endangered Species workshop at DZG. 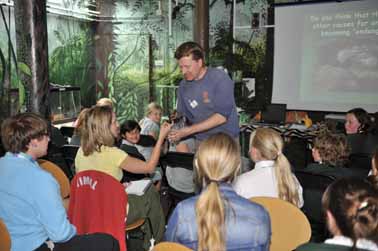 Twenty five 9-11-year-olds attended the event in the Rainforest Room and heard Senior Presenter David Riley explain how international breeding programmes are crucial to the survival of an increasing number of species across the world.

During the workshop the students held a range of small tame animals, including a chinchilla and hissing cockroaches.

David said:?”The youngsters were very interested in conservation and keen to dispel myths they had heard about how many endangered species there are in the wild and why programmes are sometimes misunderstood through a lack of knowledge.” 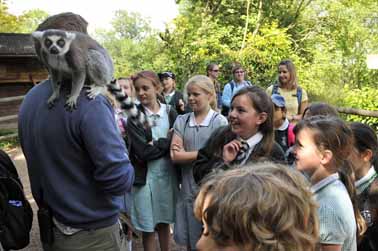 Teacher, Rachel Watkins said the pupils had been looking at conservation and construction of animal enclosures as part of a school project.

She said:?”The talk was very informative and we all learned a lot about the work of zoos.”

CAPTION: Zoo views:?Pupils from Grimley and Holt Primary School, in Worcester, with Senior Presenter David RIley, during a visit to Dudley Zoological Gardens. 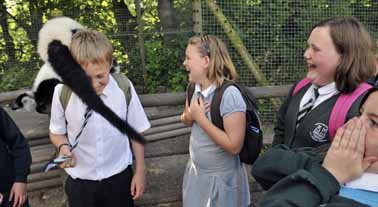