We’re so grateful to Shifnal schoolgirls who formed a group called ‘Protectors of Endangered Animals’ to raise funds for Dudley Zoo. 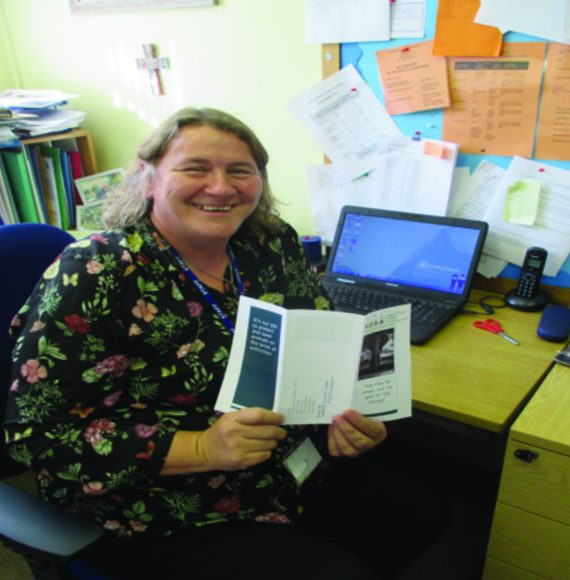 The group of seven girls from St Andrew’s CE Primary School in Park Lane, who have all now moved up to Idsall School, raised £110.92 for our conservation work through selling cakes and crafts.

Headteacher Aileen MacMillan, pictured with the girls’ campaign leaflet, said she was very proud of the former Year 6 pupils whose motto was ‘We may be small but we aim for big things’.

She said: “The girls made a leaflet about their animal conservation campaign, gave a presentation and sold scones and craft items on a stall. They insisted the money raised went to Dudley Zoo, so we made sure it did.

“I have just written to the head of their new school to let the girls know the proceeds have gone to the zoo and what a wonderful gesture it was.”

DZG Finance Manager, Jonathan Ashfield, said: “It’s fabulous to hear of youngsters feeling so strongly about animal conservation and we will make sure their donation goes to a deserving project here at Dudley. We’re extremely grateful to the girls for thinking of us.”